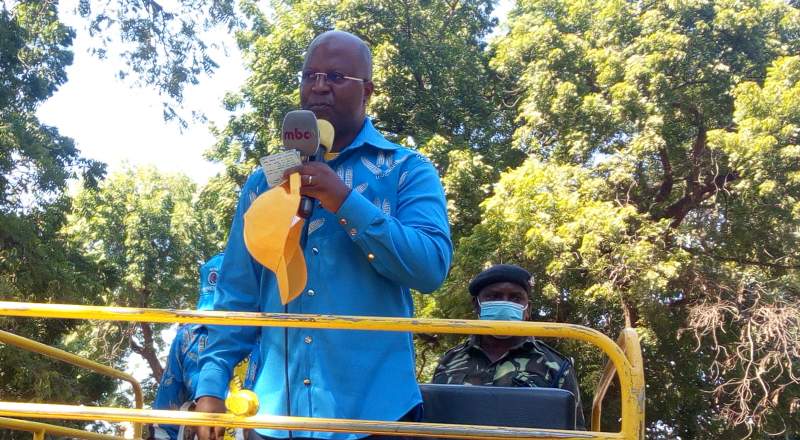 Muluzi told hundreds of people who gathered in various areas in Nsanje and Chikwawa on Friday that DPP and UDF have similar values of promoting democracy and sustainable development.

He said there is need for Malawians to re- elect President Peter Mutharika because of various projects which have been implemented in lower shire including construction of tarmac roads and bridges.

Some of the influential figures who attended the whistle stop tour were DPP Regional Governor for the South, Charles Mchacha, trade and industry minister, Salim Bagus and Members of Parliament from Chikwawa and Nsanje.