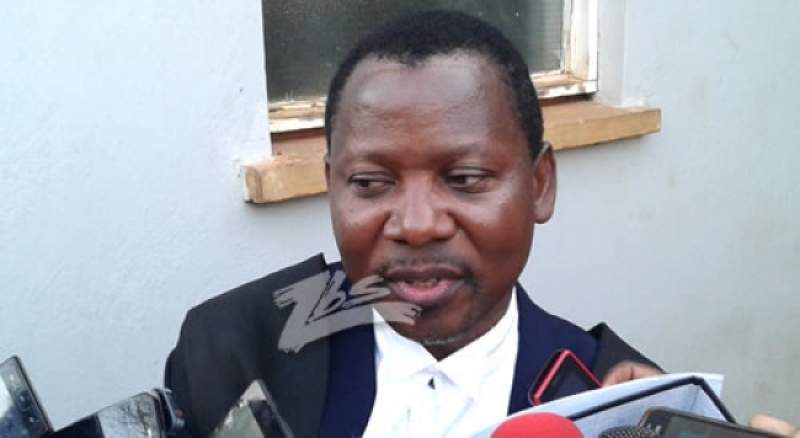 Mhango, however, said his paramount consideration is not the pace, but justice that is needed to be delivered at the end of the day - Pic by Happy Njalam'mano

Judge Healey Potani has decried persistent interjections of the elections case hearing on Monday, asking concerned parties to be innovative in their cross-examination arrangements for progress of the case.

Potani observed few minutes before adjourning the court that less progress was made on Monday due to objections that characterized the day’s hearing.

“I would like to ask the parties to be innovative with the manner you did with your excel arrangements. I think it sped up the process. If this can be the approach, we will make quiet some good progress in the days to come,” he said.

Counsel Charles Mhango, representing first respondent, Peter Mutharika, also noted the same when he was finalizing his set of questions for the day.

Mhango, who is cross examining first petitioner, Saulos Chilima, was given thirty minutes to wind up from 4:30 PM to 5:00 PM, after a lengthy adjournment following objections.

“Progress has not been encouraging. I hope the thirty minutes will be used to the maximum. Disruptions have affected the progress I planned. As such, my cross examination may overflow to tomorrow [Tuesday] morning,” he said.

He, however, said his paramount consideration is not the pace, but justice that is needed to be delivered at the end of the day.

However, Khumbo Soko, one of the lawyers for Chilima, said the interjections were only meant to ensure justice in the case.

“We are not going to let things that were found to be objectable slip because we are trying to rush the process through. I don’t think that will be a right approach,” he said.

“Essentially, we will continue to raise objections whenever we feel that is necessitated by circumstances. Court itself has made several directions and orders in this case. What we will try to do is to simply remind the court what has previously been said and to request that it lives up to its own directions.”

Last week, the court gave further directions that include limiting objections in an attempt to expedite the matter which Chilima, UTM President and his Malawi Congress Party counterpart, Lazarus Chakwera, are seeking for a re-run of the May 21 elections.