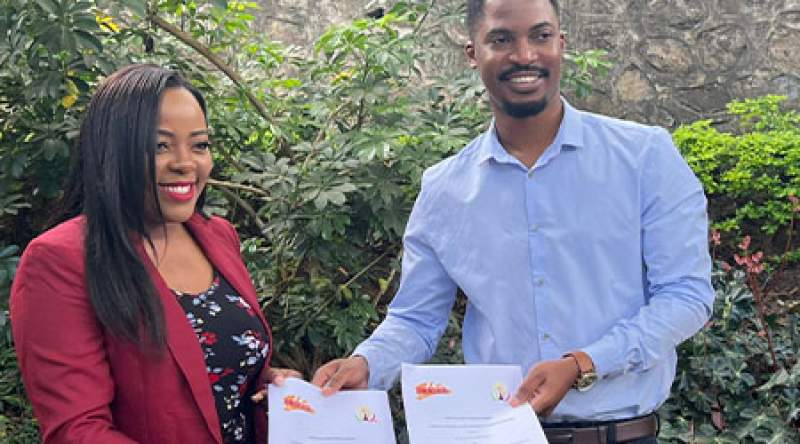 Kaphuka: There was no better partner than Zodiak to beam the content - pic by Alex Banda

Alpha Arts Managing Director, Francis Kaphuka, known in the hip-hop scene as Hyphen, said that “there is no better partner to beam the content than Zodiak having previously managed the search for the beauty queen for years.”

Kaphuka disclosed that there were over 100 aspiring contestants who registered for the beauty pageantry with the final showdown slated for December 3, 2022.

“We will begin beaming the elimination round and our audience should be on the lookout for the gilts, glamour and a little bit of drama, but more importantly, building confidence in the girls that will participate in this year’s competition,” said Kaphuka.

ZBS Miss Malawi liaison Ruth Kulaisi said Zodiak takes women’s empowerment seriously with programming that advocates to promote, protect and respect women and girls’ rights, such as; “Womanity,” “Ife Amayi” and “The best girl awards initiative” which many young girls have benefitted from to become doctors and some engineers.

She added: “The corporate world needs to leverage on this platform as it offers a great opportunity for the visibility of their brands through advertising and associating their products with the pageants themselves and the winner.”