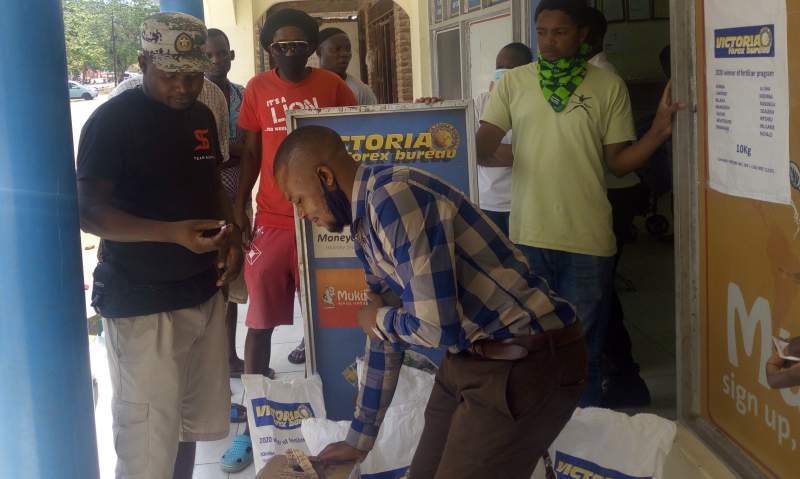 Victoria Forex Bureau has announced the first 70 winners in its 2020 fertilizer program which the company is conducting.

The winners were selected in the first weekly draws the company conducted on Saturday in all its 14 branches across the country and went away with a 10 kilograms bag of fertilizer each.

Speaking after the draw in Mangochi, branch manager for the district, Waka Ziyere, said the competition is just part of thanking customers during the end of the year season.

“Every weekend in this month of December, Victoria Forex Bureau will give out fertilizer to lucky customers who will make a transaction in any of our branches across the country and this is just the first draw of four that will be conducted,” said Ziyere.

He said what customers have to do is to make a transaction, whether to buy, sale foreign currency or receive money send through electronic transactions like Western Union, MoneyGram, Hello Paisa or Mukuru.

One of the winners, Patuma James, who received money through one of the electronic transactions, expressed happiness when she was called to inform them about the news, saying she was not aware that there was a completion.