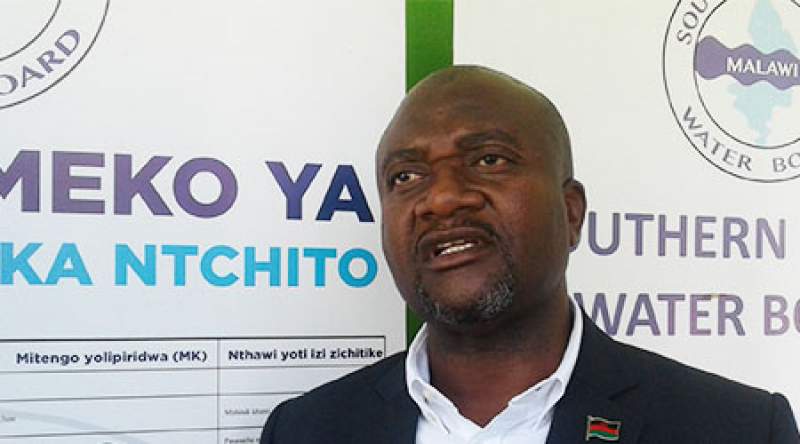 The Southern Region Water Board (SRWB) says one of its strategic objectives is to increase revenue by 200 percent in the next five years.

SRWB Acting Chief Executive Officer, Duncan Chambamba, disclosed the objective on Saturday during an interaction with media in Zomba.

“We also want to improve water days from 314 to 76 days and to be reliable supplier of potable water by increasing supply from 18 hours to 24 hours a day,” he said.

Chambamba further said that the Board is intending to optimize technology “to serve the customers the best.”

The Board has a population of 63 thousand metered customers, according to Chambamba.

Of the population, the Board says it survives on 30 percent of it as the remaining 70 percent are government institutions, a development which Chambamba says is compromised by political interference.

He cited this as one of the challenges they are facing, adding that they are also battling with illegal drilling of boreholes, illegal connections and high operation costs.

SRWB Board Chairperson, Ibrahim Matola, called for mindset change among politicians to desist from interfering with public institutions’ operations by refusing to pay bills.

Matola, then, commended role that media play for national development.

He told the journalists that the door is open for them for any information, saying that he wants to see a flourishing relationship between the Board and the media.

“Southern Region Water Board was like a dead organization until we started engaging the media. We have seen positive results because of you the media.

“We are doing well now and we do not have problems of encroachment. We can comfortably boast that we are supplying the cleanest water to our customers in the region,” he said.

While commending the interaction, Frank Kapesa, who spoke on behalf of the journalists, implored the Board to walk the talk by providing the information that journalists ask for.