5 Win in Wenela Puma Fill Up and Win Promotion 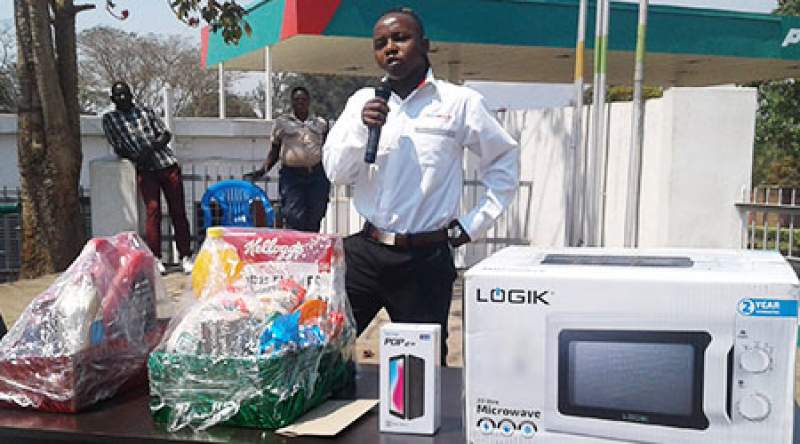 Mthuzi announcing winners after the draw - pic by Happy Njalam'mano

Five people have won various prizes in the Wenela Fill Up and Win Promotion second draw held on Thursday at Wenela Puma Filling Station in Blantyre.

Organizer of the Promotion, Mthuzi Enterprises Limited, says the Promotion has been a success in terms of generating more business and attention.

Petro Gonzaga Mthuzi, director for the Enterprise, says the Promotion has also been a success for the general public “in terms of them now being exposed to everything, not just fuel, that Wenela Puma and Mthuzi Enterprise offer.

“We have five lucky winners today and we had five others last week. This shows that the Promotion is beneficial for everybody.”

Mthuzi says the Enterprise hatched the idea to come up with the Promotion as one way of giving back to the people for the support they have been giving to the company for many years now.

“Wenela Puma is one of the oldest filling stations in Malawi. So, this is just one of the ways of showing Malawi our appreciation for supporting us over the years,” he said.