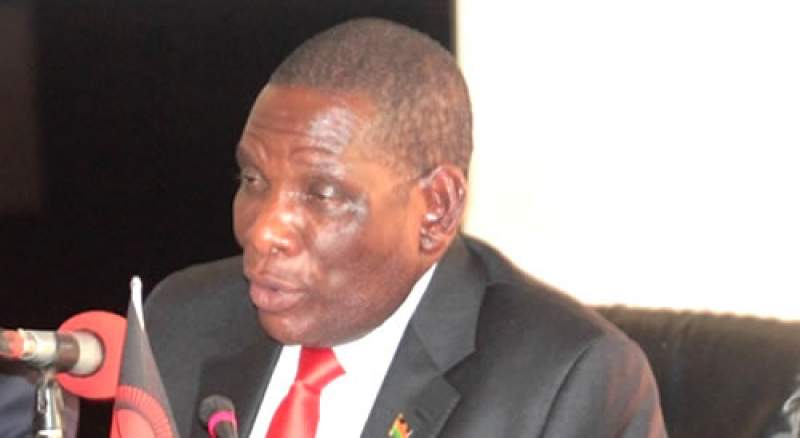 Mwanamvekha presented the budget premised under the theme “Inclusive Growth and Economic Empowerment: The Future We Want” - Pic by MANA

Mwanamvekha presented the budget premised under the theme “Inclusive Growth and Economic Empowerment: The Future We Want”.

The Minister said the budget mainly focuses on five major areas. “The Financial Year 2019/20 budget seeks to deliver economic growth and empowerment, job creation, sustainable debt management and agriculture infrastructure development for the vast majority of our people, including the youth, women and the physically challenged.

“It aims to ride on the macro-economic stability achieved during the past two fiscal years and build a resilient economy capable of withstanding unforeseen shocks,” Mwanamvekha pointed out.

The budget’s total revenue and grants are projected at K1.575 trillion with a breakdown of K1.425 trillion for domestic revenues and a K150.1 billion for grants.

This means there is an expected overall deficit of slightly over K155.9 billion. This is expected to be financed by net foreign borrowing amounting to K109.7 billion and a domestic borrowing of K46.1 billion.

Mwanamveka said that, “the deficit has been substantially reduced from over K300 million to K 155 million which is a substantial reduction.

“I know that people are saying that our debt is quiet high and has to be reduced; but I also want to mention that it is not the borrowing that is wrong, but how we use the money. For us we will make sure that as we implement the budget there must be value for money,” he said.

Out of the total planned expenditure, K1.293 trillion is under recurrent expenditure while K437.9 billion is provided for in the development budget.

The education sector has been allocated K172.8 billion, representing 10.6 per cent of the total which has been necessitated by the increased allocation for public universities and sector’s development projects.

“Under this, government is expected to complete the construction of three teacher training colleges for 14 new Primary Schools in Urban centres, 250 secondary schools, construct Eastern and Southern Africa Higher Education Centre of Excellence, Mombera University and carry out expansion of Domasi College of Education amongst others,” he added.

The Agriculture sector is the second largest beneficiary with a K167.0 billion allocation while the health sector gets K101.0 billion for procurement of drugs, maintenance of critical medical equipment in central and district hospitals, procurement of ambulances and construction of hospitals including a military hospital.

The transport sector has been allocated K88.3 while the energy and mining sector gets K40.0 billion mainly to support EGENCO with financing of its power generation programme.

The tourism sector has been allocated K14.2 billion in order to improve the country’s visibility both at the regional and international level.

Mwanamvekha said the budget allocations are in line with the priorities of the third Malawi Growth and Development Strategy (MGDS 3).

“It is Government’s wish that honorable members will ensure that the resources are reasonably allocated to various sectors of the economy in order to improve productivity for the development of this country, and the wellbeing of its citizens.

“I therefore wish to urge them to support me in this noble task by constructively debating and contributing to the proposals that I, together with my team at the Ministry and in consultations with other relevant stakeholders have put together. This is a budget for all Malawians regardless of race, region, religion or political affiliation,” he told the House.

Some of the major conjectures in the budget include an estimated growth of 5.0 per cent in 2019 and 7.0 per cent in 2020, an average inflation rate of 8.0 per cent during the fiscal year, a stable exchange rate of about K750 and a policy rate of 13.5 per cent.

“It is important to note that if these assumptions do not materialize, they form part of risks to budget implementation. Government will therefore work earnestly to minimize the risks for smooth implementation of this budget,” Mwanamvekha said.

Others issues include an estimated coupon value of K15,000 for Farm Input Subsidy Programme (FISP), which gets K35.5 billion to target 900, 000 beneficiaries, an increase of Constituency Development Fund from K25.0 million to K30.0 million, and wages and salaries increase for public servants of between 10 per cent to 15 per cent.

K200 million has been made available to operationalize the Disability Fund and a K400 million for the protection of people with albinism.

“This budget is pro-growth. Government has therefore increased allocation to the development budget by 30.6 percent to K437.9 billion, which is 7.0 percent of GDP, compared to K335.2 billion allocated in last financial year,” the Minister said.

Government intends to construct two stadiums for Nyasa Big Bullets and Be Forward Wanderers, Mzuzu Youth Centre, reconstruction of the Kamuzu Institute for Sports and a National Stadium in Blantyre.

There has been an introduction of a surcharge on some imported goods that have local substitutes such as vegetables, fruits, sugar, cooking oil.

“This is to partly protect the lowly paid workers and improve their welfare,” he said.

A 50 percent deductible allowance for all employers recruiting people with disabilities has also been introduced to encourage employers to recruit people with disabilities. Carbon Tax on local and foreign registered motor vehicles, a 1.0 percent final Withholding Tax on non-bank mobile money transactions based on the transaction amount has also been introduced.

“This measure aims at ensuring that a large number of the citizenry are motivated to contribute towards national building through payment of taxes and ensure that Government has scope to improve service delivery” Mwanamvekha said.

Members of Parliament have gone into clusters to scrutinize the budget vote by vote.