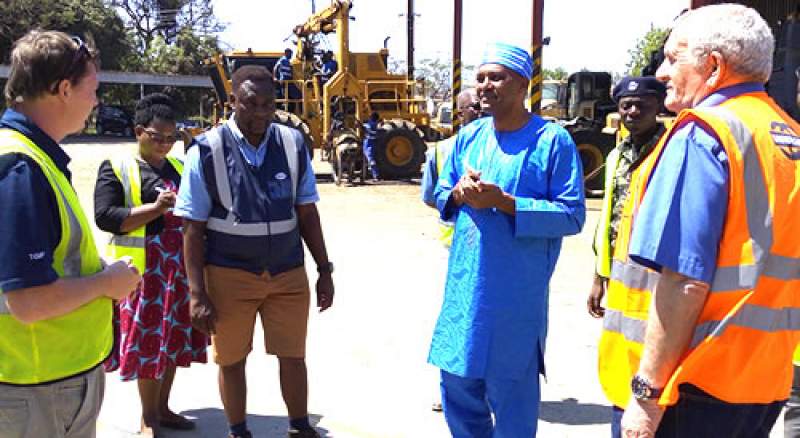 Government has issued a strong warning to prominent international companies to stop racism and physical assaults on Malawian workers, emphasizing that once caught, they will face the law.

Speaking during the familiarization tour at Unitrans Malawi Limited at Nchalo on Friday, Minister of Trade, Industry and Tourism, Salim Bagus, reminded all companies in the country to adhere to laws and treat Malawian workers with dignity and love, for the companies to make positive development in the country.

"I am here to familiarise myself so I have discussed with them various issues to improve their work,  their role in corporate social responsibility and ending rampant reports of physical assault on workers by white officials," said Bagus.

"It is not good for a company to just stay without helping surrounding communities with some development activities mainly in the areas of health, agriculture, education, water and sanitation among others," he added.

Unitrans’ one of the human resources managers, Lanuson Masasa, described the assault reports as untrue.

Masasa said that all workers know the procedures of presenting their grievances.

"I have not heard of any such cases and I don't know where they are coming from," said Masasa.

The sentiments come when one of the workers, Masautso Kanaventi, has sued one white officer for allegedly beating him up while on duty.

The case is currently being heard at Nchalo Magistrate court.