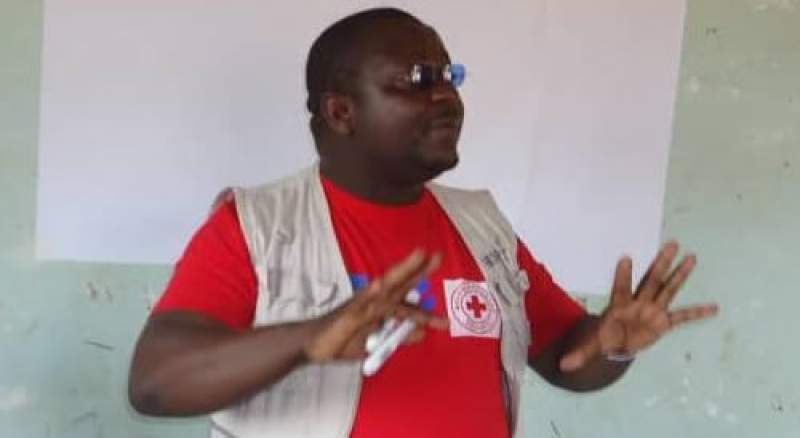 Mlowoka, said the project also seeks to maintain pass rate in schools and prevent children from being swept away by flooding waters - Pic by Adams Undaninge

Malawi Red Cross Society has embarked on a 2 year preparedness for response and early warning action project aimed at encouraging communities to intensify re-afforestation drive and stop cultivating along the river banks in Karonga.

peaking at an awareness meeting at Tendi Primary School in the area of Traditional Authority Mwakaboko on Thursday, Malawi Red Cross Society District Coordinator, Blessings Mlowoka, said the project also seeks to maintain pass rate in schools and prevent children from being swept away by flooding waters.

"As a humanitarian organization, we are committed to providing all the necessary support to learners for them to do well in their studies," said Mlowoka.

District Inspector of Schools, Ellen Chidula, challenged other organizations implementing similar interventions in the district to step up their efforts by discouraging communities from wanton cutting down of trees in a quest to control flooding.

"Government cherishes the support it gets from various partners on both software and hardware components," said Chidula.

This is part of a two year project being implemented by the organization in Karonga and Chitipa with financial support from European Union.