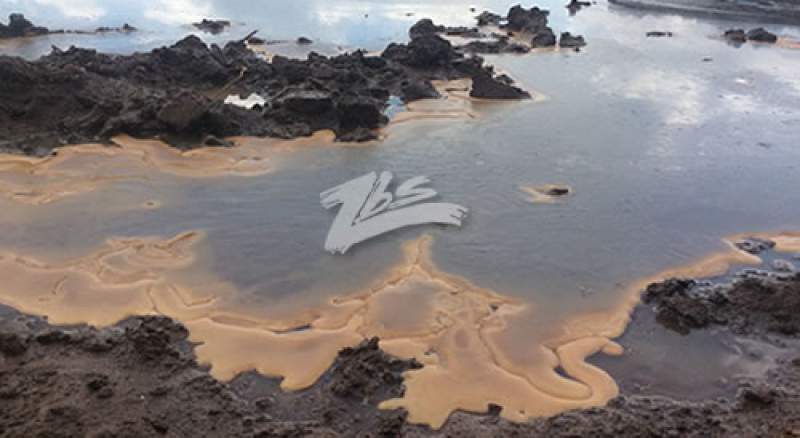 The risk of waterborne disease has engulfed an area on the outskirts of Malawi’s capital city Lilongwe city where a cooking oil manufacturing company is discharging greasy industrial waste into the territory of a community of an estimated 300 households.

Oily spillage from the company, Sun Seed Oil Limited, flow uncontrollably into crop fields and close to homes of villagers who now fear this could subject them to various disease outbreaks.

A visit to the area by Zodiak Online confirmed smelly spillage flowing around maize fields in the area of Village Headman Gongweya located in the area of Traditional Authority Chitukula.

A stream of oily fluid snakes down into the village from the compound of Sun Seed Oil Company.

The substance meanders through maize fields, where it has formed dams, into some villages. Thick layers of waxy stuff stretch across the surface of soils in some instances. Elsewhere, dams full of oily fluids have become home to houseflies, causing great discomfort among the villagers.

When a villager struck a match over wood that was splashed the substance, the combustion was spontaneous and spread. The environmental effects of the problem in this area could be far reaching.

Village Headman Gongweya says four of his subjects were recently diagnosed with cholera. One of them died.

The village leader blames this on the spillage. “My people are suffering because of the spillage. When we grow vegetables, they dry up. Crops die. When clothes get sustained by the spills, they are not removable even after washing them. I had five cases of cholera in my village and one of the patients died. I think the waste is the cause of cholera,” he claimed.

All of the 300 plus households in this area are affected in one way or the other.

These villagers are angry. They are also frustrated. They blame it all on poor waste management at the company.

One of the villagers, Liviness Mpanje, expects speedy government intervention on the matter.

“Sun Seed Oil Limited drilled for us two boreholes after a court summon but we feel the water is still unsafe.We believe the water table is contaminated by the oil spillage. We stopped taking good diets. When we buy fish or meat, for example, there are flies all over the place coming from the bad smelling oil discharge.

“Our plea goes to authorities to bail us out of this mess. We are not enjoying our rights of being Malawians. We are tired of this.

We cannot go anywhere because this is our land,” Mpanje said.

The company’s general manager Manos Kumar says they will send a survey team to investigate the situation.

“If the situation is confirmed, we will clear the spillage and clean the area. I am not denying; accidents do occur sometimes. We will put in place a full system that will not endanger the communities.

“We will make sure that our relationship with the community is healthy and that their lives are not endangered in any way,” he said.

An environmentalist, that we sought insight from, says the scenario is a threat to both the environment and humans living in this area.

The community has dragged the company to court over the matter demanding compensation and that the company stops spilling waste into their area.