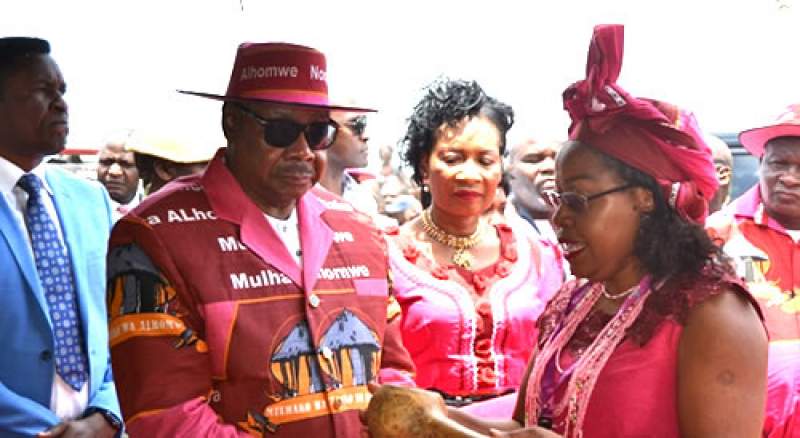 President Peter Mutharika has called for unity among all the people regardless of their tribes and traditions.

Speaking at Chonde in Mulanje on Sunday during the 12th Mulhakho wa Alhomwe Annual Celebration, Mutharika said no tribe is superior to other tribes.

“Don’t allow failed politicians to divide us with their tribalistic politics,” said Mutharika.

Mutharika also expressed concern with continued destruction of public infrastructures by Malawians in the name of demonstrations.

“We are peaceful people and we cherish living in peace and harmony with people from other tribes,” said Mulli.

During the event, a visually impaired Vincent Lanjelo who recently graduated from Chancellor College with credit in law degree asked the President to assist him pursue his studies at any overseas university.

In response, President Mutharika directed Chief Secretary to the Government, Lloyd Muhara, to first recruit Vincent in civil service while processing his scholarship to study in United States of America.

This year’s Mulhakho wa Alhomwe celebrations started on Friday up to Sunday with competition of Lhomwe traditional dances.

The four were awarded with honorary trophies.

Embracing Diverse Traditions and Unity was the theme for this year’s Mulhakho wa Alhomwe celebration.