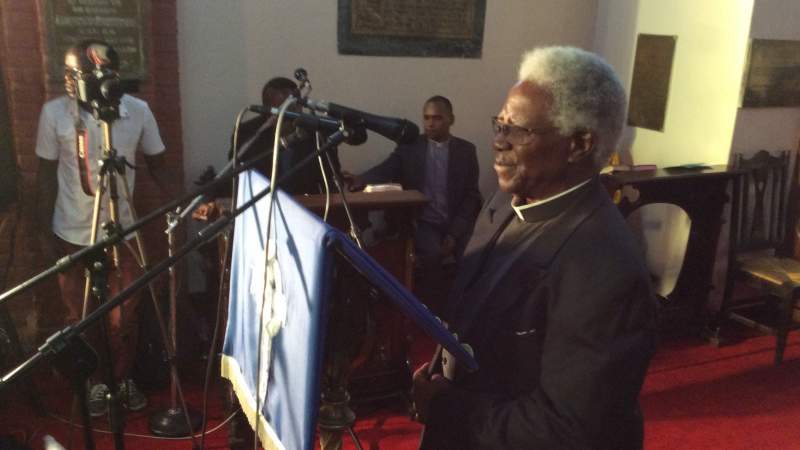 Prof. Ncozana was among the people who formed PAC in 1992 - Pic by Happy Njalam'mano

One of pioneers who were in the vanguard of formation of the Public Affairs Committee (PAC) in 1992, Professor Silas Ncozana, has called on leaders to tame dialogue over violence.

Ncozana says he is pleased that PAC is still holding on to its role of ensuring peace through dialogue and mediation in the country.

He said this on Monday in Blantyre when he, together with Reverend Saulos Edward Chitsulo, celebrated 50 years of service in Blantyre Synod of the CCAP Church.

“When we entered into new multiparty dispensation, we wanted PAC to continue to be a watchdog of government.

“At the moment with all the hullabaloo going on in the country, PAC has taken upon itself mediation role where it has met the incumbent president, opposition leaders, Dr. Jane Ansah and leaders of human rights organizations.

“This is to make sure that there is round table discussion whenever there are things that have gone wrong. That is important. Instead of us taking axes and hitting each other on the head, that is not building the country,” he said.

Among other notable works, Professor Nchozana led church leaders to meet former president, Dr. Hastings Kamuzu Banda, in 1992 when seven catholic bishops were threatened to be killed for issuing the infamous pastoral letter which was critical to the Malawi Congress party led government.

Professor Ncozana also served as high commissioner to Tanzania in 1998 and in 1999 he was moved to European countries such as Germany where he moved the embassy from Bonn to Berlin, Denmark and Poland among others.