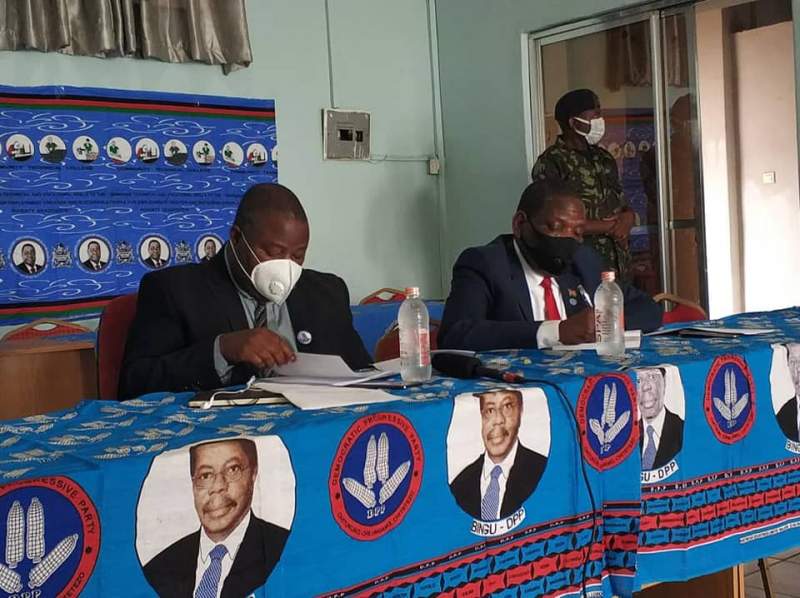 The opposition Democratic Progressive Party DPP has refuted claims by President Dr Lazarus Chakwera that the previous regime might have plundered about 1.3 trillion kwacha of public resources.

DPP's Vice President for the Southern Region also Leader of Opposition Kondwani Nankhumwa said this at a press briefing Tuesday in Lilongwe, in reaction to what the President said on Saturday in his address to Malawians.

Nankhumwa has described this as cheap propaganda and a ploy by government to make more arrests from the DPP camp.

He adds that the president’s statement only shows that he is ignorant of how government finances operate saying the 2019 Auditor General Reports where Dr Chakwera draws his claim does not in any way support his claim.

"These are just wild allegations. The Auditors Report is a draft report, it has to be taken to parliament before the Public Accounts Committee for scrutiny. This is just propaganda. They want to divert peoples attention from the promises they made," says Nankhumwa.

DPPs Spokesperson of Finances also former Minister of Finance Joseph Mwanamvekha while concurring with Nankhumwa, describes Dr. Chakwera statement exaggerative considering the country’s economy saying “not even the Malawi Revenue Authority collects such kind of money in a year.”

Mwanamvekha added that if that was really the case, government would be bankrupt by now and the new administration wouldn’t have found any money in government coffers.

"I don't really believe  that we had such kind of money missing and at the same time the government is functioning. If indeed 1.3 trillion kwacha was stolen by DPP, I would guarantee government would be bankrupt.They shouldn't have found government money. But they found money, they are paying salaries and the MDA's are working properly. its an indication that we left money," says Mwanamvekha.

Mwanamvekha however says is hopeful the upcoming National Budget will cover all the TONSE promises.

Meanwhile, Government Spokesperson Gospel Kazako says government maintains the statement made by President Dr Lazarus Chakwera that 1.3 trillion kwacha of public resources was plundered under the DPP regime according or the 2019 Auditor General’s report.

Kazako has since challenged the DPP to come forth with the right amount they feel was plundered.

“This is the amount that we have found and we maintain that we have established that 1.3 trillion kwacha of taxpayers’ money was plundered during their time. If they have any other amount besides what we have found, let them come forward, they will help us a lot,” said Kazako.

On allegations that the Presidents statement is political and a ploy to make more arrests of DPP followers, Kazako says “government has no reason to do that. The country has laws and the law will be followed. If they stole people’s money, they will be arrested. They are shaken, they know what they are saying,” said Kazako.

Presidential Executive Assistant Sean Kampondeni echoes Kazako’s statement saying the arrests being made so far should not scare anyone that did not play a role in plundering public resources.

On Saturday July 25, 2020; President Lazarus Chakwera told Malawians in his address to the nation that the DPP mismanaged money amounting to 1.3 trillion kwacha during its reign, among others.