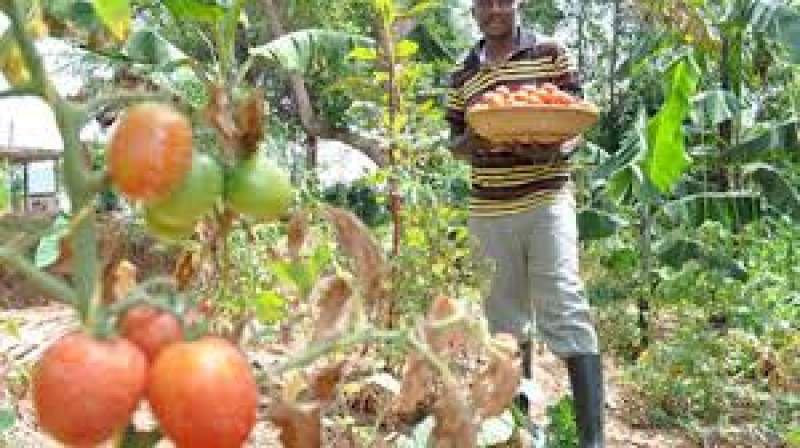 The Mzimba Agriculture office together with Mzuzu ADD communications department and the pesticides control board have embarked on an  awareness campaign to sensitize farmers ,sellers and consumers on the use of tomatoes applied with chemicals alleged to be harmful.

Mzimba South Agriculture Office crops officer Baird Nyondo said they have also asked their extension workers to sensitize farmers on the use of the chemicals which vendors are using to prolong the shelf life of tomatoes.
This follows concerns some people have been raising to the office and on social media feeds on whitish residues found  on the surfaces of tomatoes being sold in most trading centers.
Nyondo said as an office they are aware that some vendors selling tomatoes are applying chemicals on the  tomatoes to prolong the shelf life while selling.
"As an office together with the Mzuzu ADD communication office and the Pesticide control board we have now embarked on an awareness campaign to sensitize the growers ,sellers and consumers on the health hazards associated with the act", Said Nyondo
He said all chemicals applied to crops require to be handled with care  because some are  extremely hazardous and can lead to poisoning of the body thereby leading to death especially in situations where the users are not aware of how toxic the chemicals are.
" We have also asked our extension workers to go flat out on the ground in sensitizing the farmers on the use of the chemicals in the areas they are working",Said Nyondo
The office has been receiving complaints on tomatoes being sold by vendors in most trading centers as having whitish residues on the surface which have been raising fears of contamination with harmful substances
Zodiak Online understands that the chemical  being used in prolonging the shelf life of the tomatoes is identified as dithane a pesticide used to control diseases in field crops.
Some consumers have also called on the Malaŵi bureau of standards to investigate the issue over worries of harmful effects on the citizenly
Published in: News In Northern Region
Read 2140 times