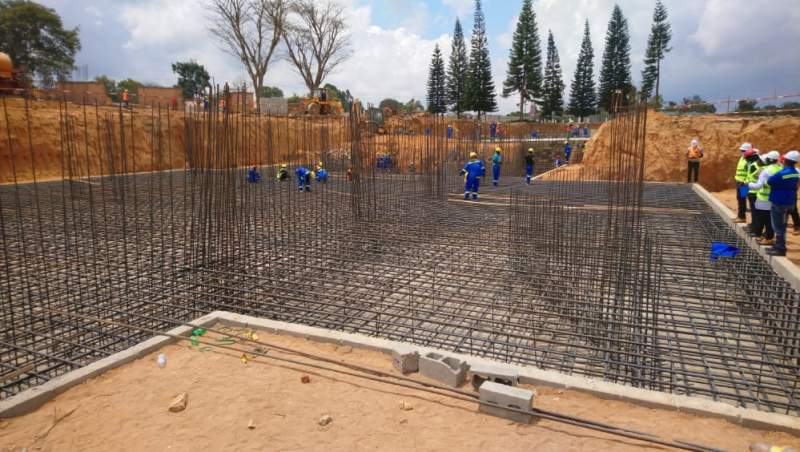 Government has ordered the National Construction Industry Council of Malawi to temporarily lift a ban it imposed on China State Engineering Construction Cooperation Limited that stopped construction works of the Mzuzu University Library for not meeting some construction guidelines.

Deputy Minister of Transport and Public Works, Nancy Chaola Mdoko says the relief has been considered following the stage at which the project is and the impending rainy season which can affect the progress.

``With the project at an early stage, foundation, can you temporarily lift the stop order to allow China State Engineering Construction Cooperation Limited to commence with their work on the foundations. We are near rain season which can affect the stage,” ordered Mdoko.

The Council halted construction works on basis that the Beijing - based company working on the project did not subcontract  30 percent of works to local contractors.

The order follows, a request by China State Engineering Construction Cooperation Limited Project Manager at Mzuzu University site, Wang Qiang who wrote Ministry of Transport and Public Works requesting it to temporarily lift the order as they are in discussion with local companies that were Sub Contracted for the project.

Requested Qiang: ``We would like to have sixty days for construction, while we are finalizing agreements with other Sub Contractors.

Council's Acting Chief Executive Officer, Engineer Gerald Khonje could neither confirm nor deny the developments but asked for a questionnaire which he is yet to respond to.

Government and its partners have invested about K7 billion for the construction of the Mzuzu University Library.