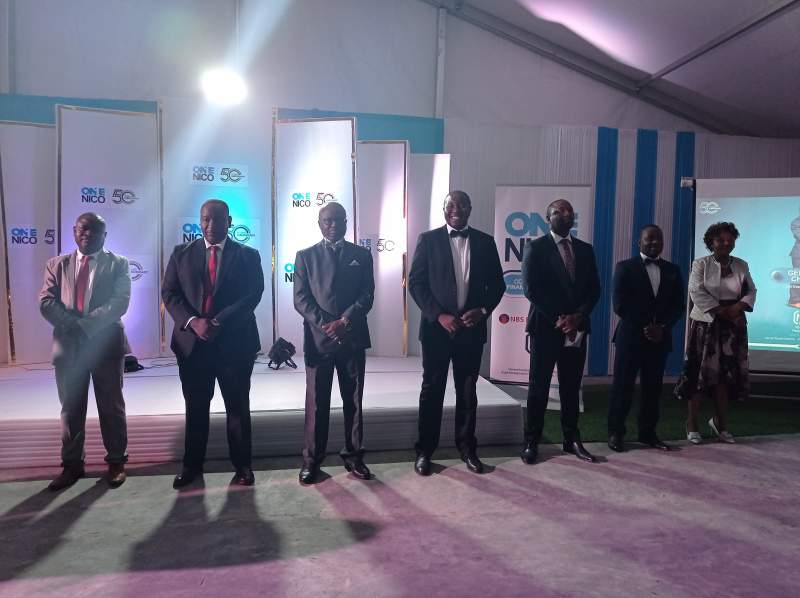 Some senior members of NICO Group of companies

NICO Group of Companies says it estimates that by December this year its subsidiary company NICO Life will have paid off in excess of  K3 billion from K800million, last year to its life insurers.

Group Managing Director, Vizenge Kumwenda has attributed the increase to a number of deaths due to the covid 19 pandemic.

Kumwenda disclosed this when the company celebrated its 50 years Anniversary in Mzuzu.

``Although most people are hesitant to be under any insurance policy, the company will keep providing awareness on the need of a life insurance cover so that insurers relations have a backup plan in case death strikes,” says Kumwenda.

It is reported that as of August this year, NICO life has paid off K1.8 billion from death claims and that by December this year the company estimates that it will pay out K3 billion.

Said Kumwenda: ``The uptake of insurance, in general, is very low in the country. I think it’s below 3% of GDP which is very low. But I must also mention that perhaps it’s not just insurance but general financial services, the uptake is not where we would want to be’

Saint John of God Hospital services Director, Dr. Charles Masulani Mwale has applauded NICO group for reaching put to people in times of need citing the Covid-19 insurance companies in the country, especially in a time when most people have been affected by the coronavirus and could use help from insurance companies.

`‘The awareness that they are giving is quite good. For example, our institution has most of our property like vehicles insured with them. But apart from that, they are providing financial literacy inputs to our members of staff” says Mwale.

NICO Group of companies was founded in 1971 and this year marks 50 years of its existence where it has managed to grow and set subsidiary companies such as NICO GENERAL, Nico life, Nico Assets, NBS bank just to mention a few.