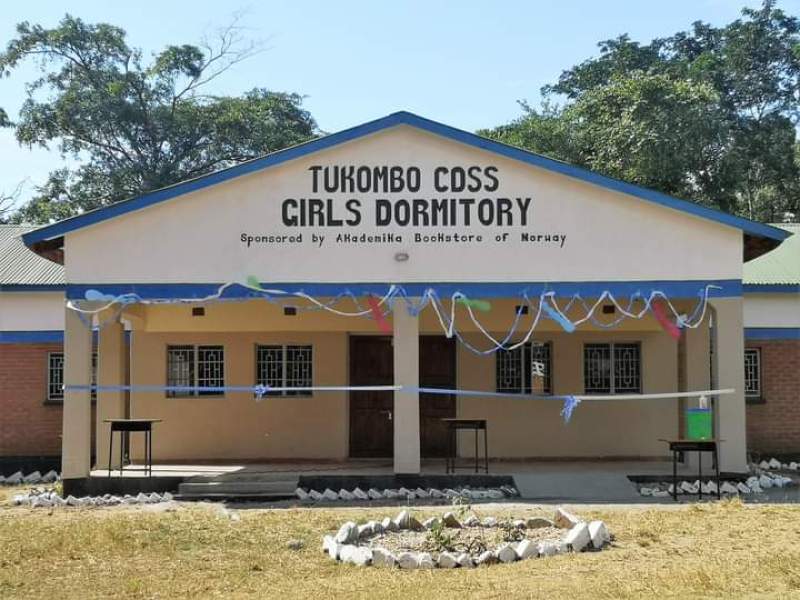 During a handover of the structure on Friday, the Headteacher of the school, Ansite Kapanga Manda said the girls will now be rescued from such malpractices as they will be accommodated at the school.

According to Manda, every year, at least 18 girls in Tukombo area have been dropping out of school due to long distances when they want to access the school.

“We are really grateful because problems we have facing, like high dropout, early marriages, and teenage pregnancy rate will be reduced. For example, girls used to cover close to 15 kilometers a day coming to school, but now that distance will not be there,” said Manda.

Besides this development, the headteacher explained that the school is still facing water challenges as they rely on the neighbouring learning center to access the commodity. He then asked the government and other well-wishers to help them with a borehole.

On behalf of the northern region Education Division Manager, school health and nutrition officer for the region, Zamiwe Nkhoma commended the Gronn-Hagen B-gorke Malawi Foundation for the initiative saying it will add value to a girl child’s education in the district.

“We really appreciate this developmental initiative at Tukombo community day secondary school, and this one has added value to the school. This is a great relief to the ministry of education as we work in partnership with stakeholders,” said Nkhoma.

Chief Executive officer for the Gronn-Hagen B-gorke Malawi Foundation, Ola Gronn Hagen has told Zodiak that after noticing the need at the school the foundation decided to raise some funds to help the government to construct a 45 million kwacha girls’ hostel at the school and has since pleaded with the school management to manage well the facility to achieve its intended purpose.

According to Manda, the school has 150 learners.