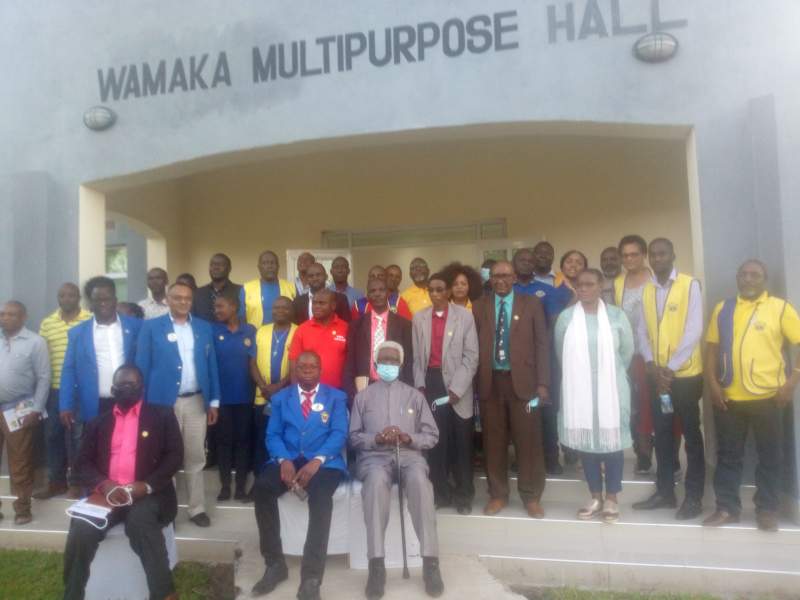 A grouping of Lions in Karonga

The District Governor for Lions Clubs International 412 B responsible for Malawi and Mozambique, Lion Victor Gondwe says the addition of another club signifies the growth in service and leadership.

Speaking to Zodiak online Saturday during the induction of new members of Karonga Central Lions club, Lion Gondwe challenged the installed members to dedicate their time and resources in order for sustained.

"The addition of another club means more service and more hands to serve those in need of help," said Gondwe.

On his part, the president of Karonga Central Lions club Lion Roosevelt Nyirenda assured the gathering that members will strive to remain the best by mobilizing resources to assist those seeking help.

"Let me assure the house that the club will not die a natural death as it happened with the previous club, with the guidance of chiefs our club to remain united," Challenged Nyirenda.

Paramount Chief Kyungu has called on the newly installed members to be united and have respect for one another.

Lions Clubs International was founded by Douglas Alexander and is in over 200 countries globally with over 1.4 million members globally.