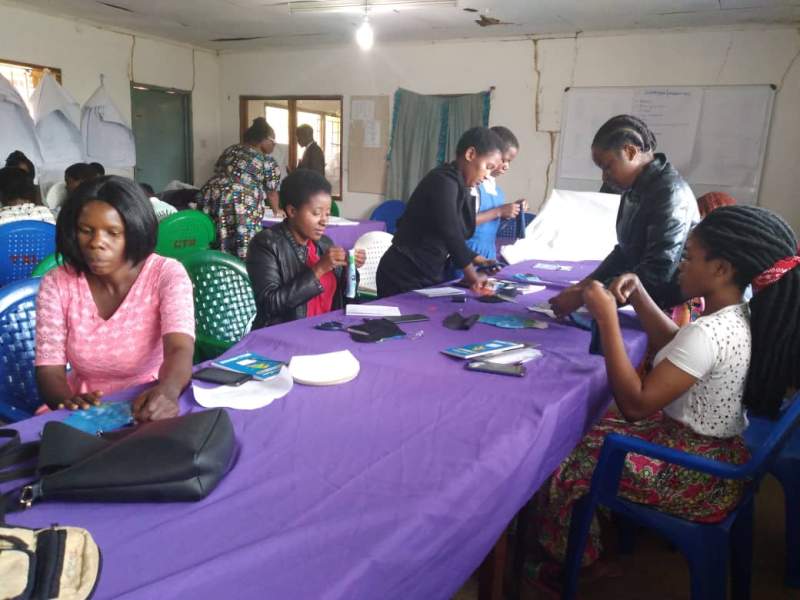 Girls learning how to make a reusable pad

The Private Schools Employees Union of Malawi has said, 40 percent of girls in private schools miss classes when they are in the menstruation cycle in the country.

General Secretary for the Union, Falison Lemani said this during training on making Reusable sanitary pads at Phwezi Technical College in Rumphi on Wednesday.

Leman revealed that girls in private schools suffer in silence as the country considers them learners from rich families.

"We decided to offer the two-day training of making Reusable sanitary pads after observing that, over 40% of girls in private schools miss classes when they are in menstruation period," explained Leman.

Commenting on the matter, Steve Sinnott Foundation Coordinator who is also general secretary for Gambia Teachers Union, Marrie Antonette Corr, highlighted that this is a serious issue in schools in Africa and needs to be addressed.

She added that when it comes to education, girls are at a disadvantage especially when they are in menses.

One of the learners, Angel Kaunda from Chimusi private primary school admitted that a lot of girls miss classes during the menstruation period.

"My parents cannot afford to buy me disposable sanitary pads as they are expensive. And once I learn how to make the reusable ones, I hope,  I will no longer miss classes due to menses," revealed Kaunda.

Some of the six private schools attending the training are Pachichi secondary school, Nyika progressive, and Phwezi Technical College, all from Rumphi.