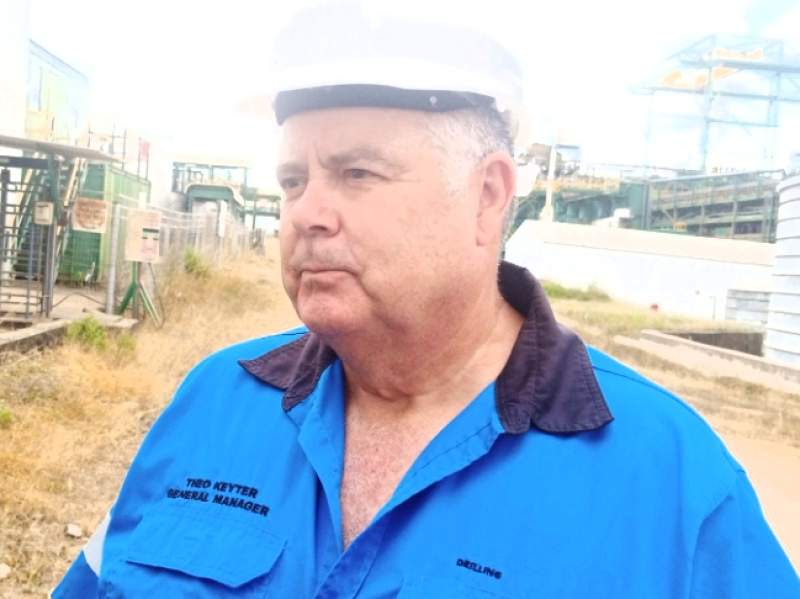 Keyter, we are hoping for the best

Lotus Resources Limited a company that has bought the Kayerekera Uranium mine in Karonga has disclosed that it has sent mineral samples to a South African laboratory to ascertain whether deposits in their new sites in Livingstonia in Rumphi and Chilumba area in Karonga contain Uranium.

General Manager of the Company in Malawi, Theo Keyter however expressed optimism that there is a high possibility that Livingstonia has the potential of having Uranium deposits that can take the company more than 20 years to explore all the sites.

``We believe Livingstonia has a high potential for Uranium. But, preparations to start mining from such new sites take a long time and there is a need to be patient, said Keyter.

When asked how the new company will improve the welfare of people in the mining sites, Keyler said they are aware of the need to incorporate corporate social responsibility initiatives in their ventures.

Explained Keyter, ``we value the welfare of the people we work in. And we just respect that as a company.”

Minister of Mines, Dr. Albert Mbawala has told us in a separate interview that the government is just waiting for the results of the samples for it to prepare people in these two areas for the Mining developments.

``Their plans of extending mining sites are good for the country because Malawi will be collecting revenue for more than 20 years of exploration” noted Dr. Mbawala.

Lotus Resources Limited has bought the Kayerekera Uranium mine in Karonga from Paladin Africa Limited which stopped exploration in 2014, attributing it to low prices of Uranium on the international market.