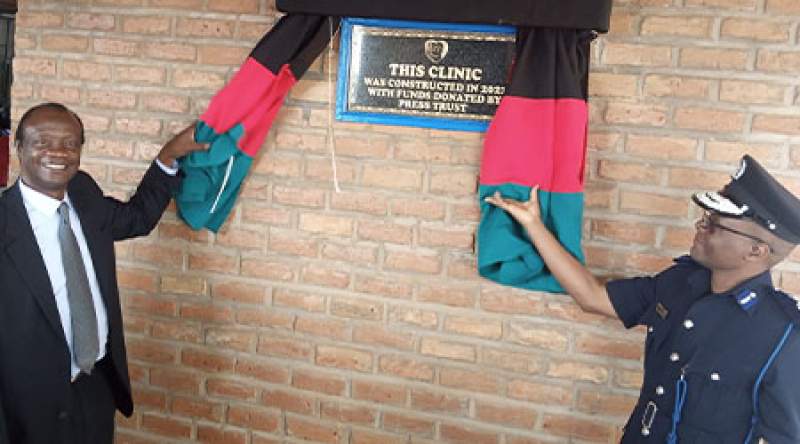 Health authorities at the Mzimba District Council say they are handling at least 200 deliveries at Mapale health center in Mzuzu per month, a development that has forced them to appeal for the construction of more maternity facilities in the city to reduce congestion problems at the hospital.

Deputy director of health services at the council Dr. Prince Chirwa said this after commissioning the Northern region police dispensary in Mzuzu that has been constructed by the Press Trust.

“Even the current status of the facilities is not that fit to accommodate some maternal health complications since there is no theatre and we feel, constructing a maternity wing at this facility will help to reduce congestion problem at Mapale urban health center,” said Dr. Chirwa.

Mapale health center in Mzuzu serves a population of close to 130, 000 from the city, some parts of Nkhatabay and Mzimba.

Commissioner of police responsible for human resources Mr. Dennis Chipao said demand for maternity service is overwhelming and has asked well-wishers to come in and assist.

Said Chipao: ”We will do our part as police, but we are also appealing to those who can help by constructing a maternity wing at this new hospital so that women can come a deliver at the facility.

Press Trust Chairperson said they were compelled to renovate the facility after noting that Mzuzu is one of the growing cities and it needs a modern health facility.

``We sat down as a Trust and thought of initiating a project that can help more people in the city which is fast growing in the country," explained Nsefura.

Press Trust has invested K80 million for renovating the Mzuzu Police clinic and installing equipment, with inmates from the city's prison handling labour.