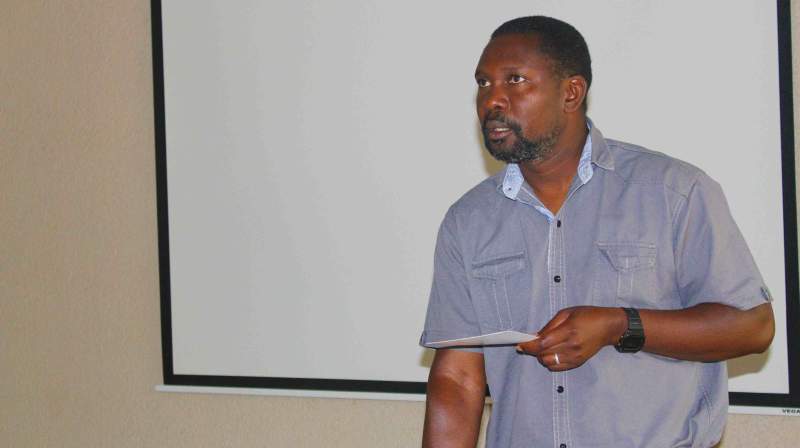 Chilonga; We are currently taking some drastic measures to check the malpractice

The Ministry of Lands says its reputation and integrity is at stake owing to high incidences of corruption and poor performance of some officers.

Principle Secretary in the ministry Davie Chilonga says they are currently taking some drastic measures to check the malpractice.

Speaking during a two-day orientation workshop on amended land laws by Ministry of Lands, Chilonga said the workshop is part of measures put in place by the ministry to mend its integrity.

"We've already interdicted some and will continue if there are more malpractices. Some have received serious warning letters. But we will also promote those that are delivering because at the end of the day we would want civil servants in the ministry of lands who are doing work which is according to the job description without going outside bounds," said Chilonga.

The officers are also being drilled in corruption prevention.

Senior Corruption Prevention Officer for Anti-Corruption Bureau George Makande said it was important for government officers to be conversant with the laws and how to prevent corruption to promote transparency and accountability in public offices.

Makande said, “It's very important that government ministries, agencies and departments work hand in hand with the Anti-Corruption Bureau in the prevention of corruption.

“You are aware that all these MDAs [ministers, department and agencies] are there to provide services to the Malawians. They can only do that one if they are doing their work with the highest level of integrity," he added.

One of the participants, Mzuzu Lands Officer Moffat Harawa, said issues of culture continue to affect implementation of land laws, as such the workshop was important to help them tackle such issues by using the amended land law.