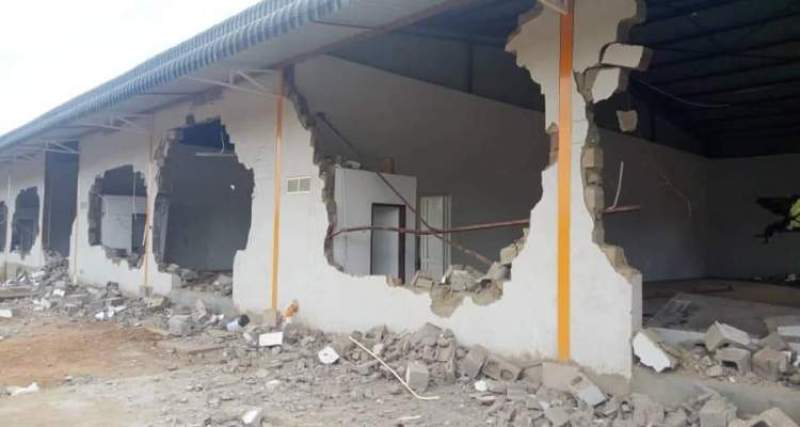 Demolished warehouses that were constructed at Livimbo school - internet photo

Chairperson of a joint parliamentary committee that is probing into alleged dubious sale of public land says they are waiting for funds to proceed with the inquiry.

Kezzie Msukwa says the committee that comprises legal affairs, education and transport committees, is hopeful that parliament will give them the funds next week.

“Parliament is yet to set the date for the inquiry. The ministry of land asked for a recess and surely they have had enough time and it is now on us to summon them to the committee.

“The major issue is funding. I think parliament is not getting enough funds and that is affecting our operations but Malawians should be assured that this matter will be followed to the end,” he said.

Msukwa says when they meet, the committee will also look into reports from whistleblowers on similar cases across the country.

The probe follows revelation by legislator, nancy Tembo, who told parliament that some Asians allegedly bought land that belonged to Livimbo school in Lilongwe suspiciously.