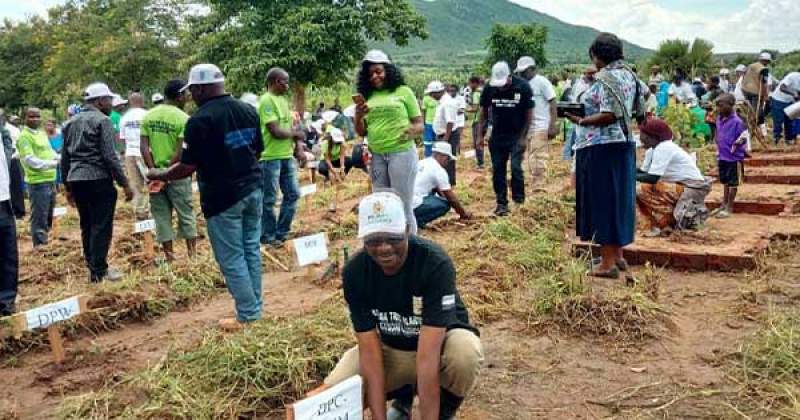 Maneb: Trees important for us too File Photo

The Malawi National Examination Board (Maneb) proved this week that their ideals do not only end at formulating and administering examinations in Malawi but also play a role as a citizen to ensure that the country has trees and they are cared for.

The organization has since made available 9,000 tree seedlings for planting this tree planting season in various schools as the national forestry season continues.

Maneb Executive Director, Gerald Chiunda, says Zomba in the Southern region, Kasungu in the centre and Mzuzu in the North will be the beneficiaries.

“Each of the three districts is getting 3,000 tree seedlings to plant around school premises as part of increasing vegetative cover,” said Chiunda acknowledging this was part of Maneb’s cooperate social responsibility.

Speaking at Lisasadzi Zone in Kasungu where Maneb officials joined pupils and communities to plant the trees, Kasungu District Education Manager, Robson Kawalala, observing because of absence of vegetative cover schools are not protected from winds that blow off roofs of classroom blocks.

“Most of these challenges would be reduced if all our schools had trees to act as wind shields,” said Kawalala.

During the function 500 tree seedlings were planted at Kauta Primary School.

“What I would urge the pupils and communities is to take care of the trees. If they could be taken care of in three years our schools would reduce the risk of storms,” Kawalala said.