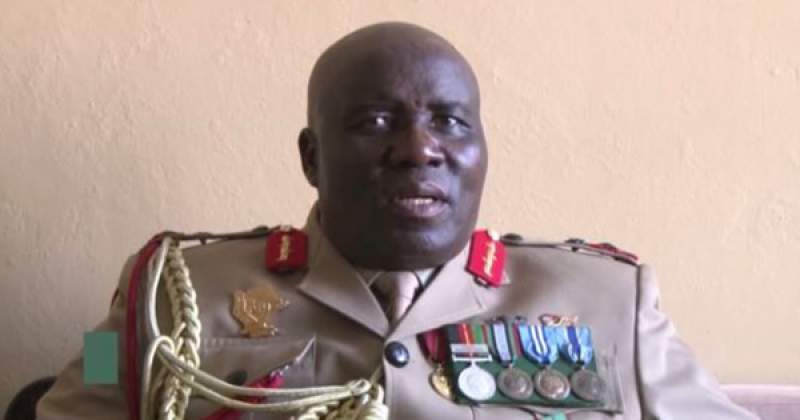 Nundwe: I have done my part File Photo

Out-going Malawi Defense Force Commander, General Vincent Nundwe, says he leaves office proud that in the few months he has been at the helm of the army, no citizen was shot on the streets at a time demonstrations were the order of the day.

General Nundwe said this in an exclusive interview with Gabriel Kamlomo of Zodiak radio. Nundwe said his performance can best be rated by the citizens of the country.

He told Zodiak Online that he made it a point that he should not succumb to the pressure that soldier should use live bullets on the civilians.

“I served Malawians to the best of my knowledge. Unless if Malawians are assessing me differently. No one was hit with a bullet on the streets when people (demonstrated).

“They were allowed to do their thing while soldiers ensured maximum peace and advised how some situations be handled,” said Gen. Nundwe.

General Nundwe has impressed on his successor, General Peter Namathanga, to run the affairs of office following the laws of Malawi if he is to excel in his assignment.

At a political rally at Njamba in Blantyre recently, President Peter Mutharika issued a public order to the Malawi Police Service and the Malawi Defense Force to act against citizens, led by HRDC, who are planning to seal state residences in Malawi.

The planned demonstrations are meant to force Mutharika assent to recently passed electoral reforms bills and also to fire all Malawi Electoral Commission-MEC-commissioners who a committee of parliament recently found to be incompetent.

On Monday this week, President Mutharika rejected budging to the two demands.

In a related development, security expert Sheriff Kaisi said the presidential constitutional mandate to hire and fire commanders has to be exercised with a lot of caution.

“We cannot rule out there are political issues surrounding this. More especially this time when Malawi is going through a very difficult time. “A lot of issues are being done behind the walls. People cannot understand. Probably changes could come from those angles,” Kaisi said.

Nundwe has been in office for ten months. He took over from General Spoon Phiri.

In 2014 after his election as President, Mutharika fired General Henry Odilo and replaced him with General Ignacio Maulana.

General Maulana was replaced with General Griffin Supuni Phiri, who was succeeded by General Nundwe.

Since 2014, therefore, Malawi has now had five MDF commanders, an average of one in each of the years of his reign.

The latest MDF top brass shake up comes as the country is preparing for the fresh presidential poll following nullification of the May 21, 2019 election by the constitutional court.

His Excellency the President, Professor Arthur Peter Mutharika, in his capacity as Commander-In-Chief of the Malawi Defence Force (MDF) has made the following appointments:

Meanwhile, OPC says General Vincent Nundwe and Lieutenant General Clement Namangale will be assigned other duties in the public service.