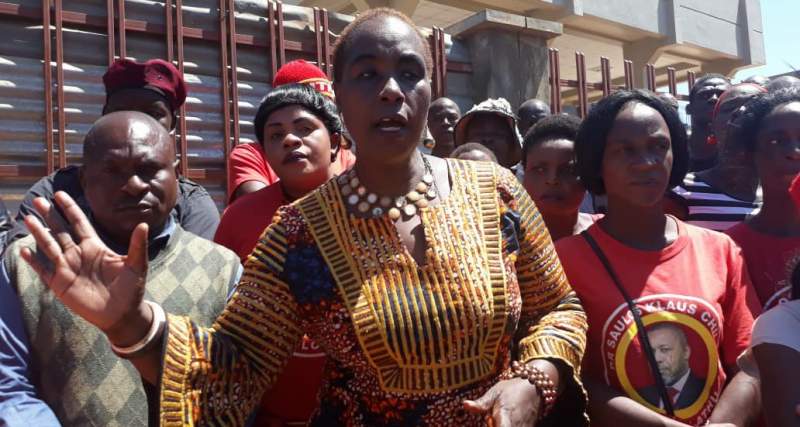 Dr. Jessie Kabwira on Thursday showed up for her case in the magistrates’ court in Lilongwe, but hearing was adjourned indefinitely as presiding Magistrate, Shyleen Chirwa, is preoccupied with other cases.

The courts will in future indicate when next UTM member, Dr. Jessie Kabwila, will need to come for hearing of her case as Senior Resident Magistrate, Shyreen Chirwa, has first to help decongest police and prison cells in the face of Covid-19.

The matter has, therefore, been adjourned indefinitely.

The matter was expected to enter into cross-examination of state witnesses who were to testify against Dr. Kabwila.

Lawyer of Dr. Kabwila, Khwima Mchizi says he has communication that the judiciary is under orders to prioritize on cases of those in police cells and prison remands in efforts to clear congestion amidst Corona Virus threat in the country.

“Last time my client appeared before court, she took plea and pleaded not guilty to charges that were leveled against her. Now we have been told that the courts will communicate to us on a later date when the case will resume” said Mchizi.

Kabwila is alleged to have told an assembly that Malawi would be on fire if judges meted a “childish judgment” on the presidential election case February 3rd.