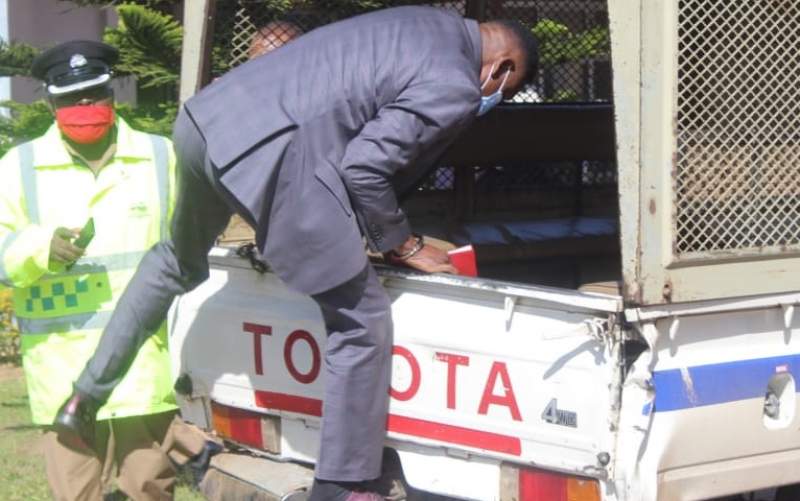 Zodiak Online can confirm that for 15 days now, Norman Chisale, a murder suspect and private bodyguard for former President Peter Mutharika, is not at Maula Prison where he was remanded to by Judge Ivy Kamanga.

He has been at a private clinic in Lilongwe [Poly Care Clinic] since August 31 reportedly receiving treatment for anxiety disorder with panic attacks.

A legal expert has suggested this is an insult to the criminal justice system.

Chisale has meanwhile, re-applied to the high court for bail, this time on medical grounds.

"Since being denied bail, the client has also beefed up his legal team that now includes Chancy Gondwe, Gilbert Khonyongwa and Fostino Maere," a member of the legal team told us.

He added "the trio’s first task was a bail re-application for Chisale in the murder case. It was filed on September 3".

The high court judge Kamanga is due to rule on the fresh bail application this Thursday in Lilongwe after reading submissions from both prosecution and defense.

Chisale’s lawyers made the fresh bail application on change of circumstances claiming their client is unwell.

We have independently established that Chisale, one of the most trusted aides to former President Mutharika was admitted to Poly Care Clinic in area 3 on August 31, after he reportedly fainted at Maula prison on the day he was rejected bail.

Documents for the bail re-application which we have seen, say he is suffering from anxiety disorder with panic attacks.