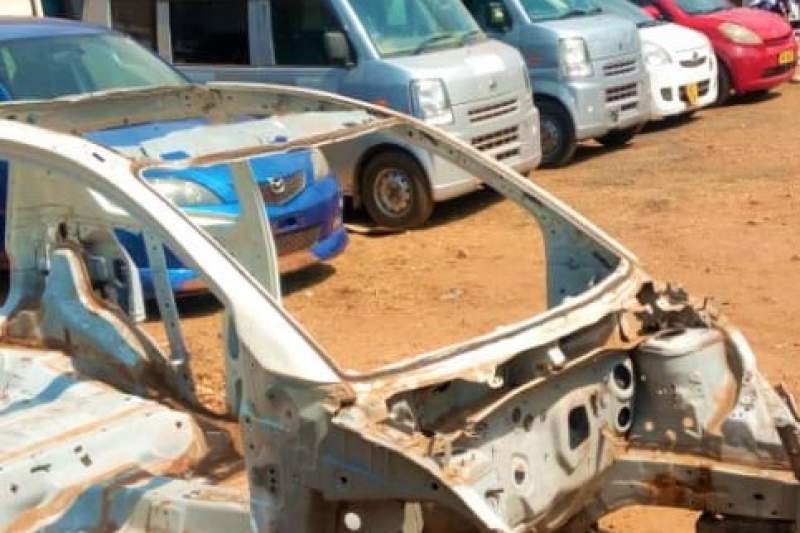 Some of motor vehicles and spares recovered. Pic (C) By Daniel Namwini-Mana

Central Region Police through Anti Motor Vehicle Theft Unit in Lilongwe have arrested seven suspects for hijacking motor vehicles from tax drivers who were operating in some parts of the region.

Speaking with Malawi News Agency (Mana) on Tuesday, the police spokesperson for the region, Inspector Alfred Chimthere said in the recent past months, there have been a spate of car robberies within the city.

“The Anti-motor vehicle theft team in Lilongwe led by detective Superintendent Christopher Mwamande invaded Areas 36 and 23 and went as far as Dedza district in pursuit of the criminals.

“They managed to recover six motor vehicles and several other motor engines and spare parts,” he said.

He said police Anti Motor Vehicle Theft Unit also recovered a motorcycle from the house of one of the suspects which has been identified by the owner.

He pointed out that they have also recovered some of the motor vehicles namely a Toyota Passo, Mazda Demio, Suzuki Every Van, Nissan Clipper, Toyota Sienta and Daihatsu Mira.

He narrated that, in addition, they also recovered some dismantled engines of a Daihatsu Move and Mira, Toyota Pixies Epoch and two Toyota Sientas.

The police publicist disclosed that some of the culprits appeared in court on Monday this week and others will also appear in court soon to answer a case of robbery involving motor vehicles.