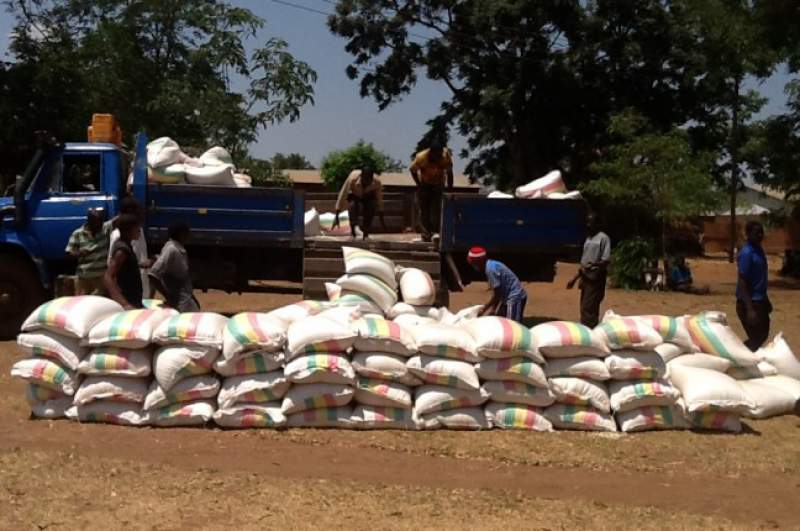 The Agricultural Development and Marketing Cooperation (ADMARC), has now opened its markets across the country with restricted adherence to Covid-19 guidelines.

ADMARC spokesperson Agnes Chikoko says the selling price of maize is at K160 per kilogram and maximum quantity per person is 30 kilograms.

Admarc opened its depots Tuesday this week to the contentment of produce suppliers and buyers who have been waiting since November last year.

Random sampling by Zodiak online in some ADMARC depots in Mchinji for example revealed strict adherence to Covid-19 guidelines by both officials and consumers accessing the markets such as mandatory wearing of facemasks and physical distancing.

One of the buyers Martha Kankhono told Zodiak they are happy with the development which will enable them to buy the staple grain at a fair price.

"Am really happy to have finally seen ADMARC opening its market here because I will have access to cheaper maize," Kankhono said.

ADMARC spokesperson Agnes Chikoko told us that only a maximum of 50 people are being permitted to gather in selling points where maize is being sold K160 per kilogram and maximum quantity per person is 30 kilograms.

"We are following all COVID19preventive measures set aside by government to ensure that all are safe and should have access to buy maize.

" At the moment we've formed market committees at the community level to oversee if all procedures put in place are being followed." Chikoko said.

"Most parts of the central region have already been supplied with the subsidized fertilizer and shortly will be trickling down to the southern and northern regions," Chikoko added.

In October last year, the ministry of Finance authorized ADMARC to borrow K22 billion from commercial banks to buy farm produce from farmers.