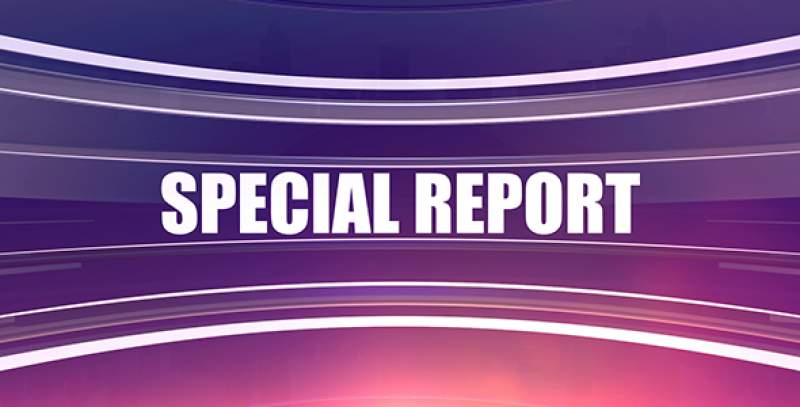 In this special assignment, Grace Khombe is at Bwaila hospital in the capital city Lilongwe (Malawi) exposing weaknesses in the health system as inexperienced health professionals are reportedly entrusted to handle complicated cases especially in the maternity ward resulting in pregnant women dying in labour ward, some having to develop physical disabilities as a result of negligent maternal care.

As we hear in this investigative piece officials at Bwaila hospital have acknowledged that they are being overwhelmed with numbers of pregnant women seeking maternal health care at the facility and are responsible for some of the maternal complications and plead for forgiveness.

However, the health personnel who reported to have caused maternal deaths and other indelible maternal disabilities are walking scot-free and probably, continuing to cause more harm since the Nurses and Midwives Council of Malawi has not yet received any complaint of this nature.

Bwaila hospital which was meant to serve two hundred thousand people within Lilongwe City now a referral facility for other 11 health centers.

The facility has only one operating table for caesarian sections.

On November 25, last year, a woman aged 38 died in labor at Bwaila Maternity in Lilongwe.

She died together with her unborn baby leaving behind a shattered and devastated husband and prospective father; Joseph Chijaza.

Chijaza is baffled that despite communicating that Liziness could not deliver normally due to the size of the baby inside, the expectant mother could not access a caesarian section on time.

“All I wanted was to know what went wrong with my wife who stayed close to a month in the hospital. Why did they fail to save my wife and the baby? An apology was nothing to me and it is nothing to me. Is this what government has instructed them to do? Why did the hospital allow inexperienced nurses to handle such a complicated matter? I want answers!” screamed Chijaza.

Hospital authorities eyed November 29, 2020, as the day Liziness would deliver.

However, early afternoon on November 25th, 2020, labor contractions climaxed and Liziness forced it the natural way. Liziness and her unborn baby came out of the labor ward lifeless.

One of the guardians Nolia Gelesoni had this to say, “this nursing student assured us that all was well and that my sister would deliver normally. She left my sister alone although she was complaining of severe labour pains. Then a male nurse came and told us there was a complication. But he offered no solution. I was afraid. I called in my elder sister and other women as this time her breath was short”.

And Chrissie Laniwelo, another guardian, echoes that, “I realized that my sister was dying. I called the nurses for help but they insisted she would deliver normally. I called them more than five times pleading. But all we got were insults until my sister stopped breathing. She was dead. I pleaded with them to operate and save the baby who was still kicking. They refused”.

The two guardians hold the view that the nurse who handled Liziness was inexperienced going by how she reacted to the situation on a fateful day.

Gereson and Laniwelo say after the incident, they could neither be handed a postmortem report nor handed back the health passport for Liziness which contains information on all her health.

Three weeks later, of course, the health passport was released to the husband; Chijaza.

Lilongwe District Health Office spokesperson, Richard Mvula, acknowledges there was staff negligence during monitoring which led to the loss of life of an expectant mother and her unborn baby.

“That was indeed our fault, our nurses on duties delayed to monitor this woman and this worsened the situation. When we investigated the issue we found that our staff lacked some skills as far as maternal issues are concerned. We are apologizing to Mr. Chijaza, we failed to monitor the woman who was in our custody”, explains Mvula

A year earlier in August 2019, a 21-year-old expectant mother got maimed at the same facility.

Ruth Chamangamsasa could not slip into labor when her time was due. It had to be induced instead.

A nursing student had to induce labor intravenously. She did but something went wrong.

Since August 19, 2019, Chamangamsasa lost the use of her right arm. Ruth tells us that within 6 hours from 10 am that day, this nurse gave her 10 injections and five drips of the medication intravenously.

A woman who was in labor pain anticipating the birth of her child, suddenly found herself nursing hot blisters on her right hand whose skin was now peeled off. She was in double pain.

“ In the labor ward, this student nurse kept on injecting different types of drugs. I was given other medication intravenously five times. She insisted it was labor pain. But my arm began swelling. I pleaded with her to stop but to no avail. Another nurse came in only to find I was being administered the wrong drugs. She removed the gadgets and applied force labor. It was too late. My right arm was already damaged. I could not hold my baby after delivery.

But there were attempts, by some nurses, to conceal the truth about what happened. Says mother to Ruth. She narrates her experience; “some nurses as Bwaila called me in their office. They wanted to know what I knew had happened. I told them. But they said when I go to Kamuzu Central Hospital, I should tell doctors that Ruth had this problem before she came to deliver at Bwaila. Clearly, they wanted to cover up the whole thing”.

The mother, in her 60s, has had to raise Ruth’s baby. Ruth has a paralyzed arm.

Ruth and her mother now live in a shark in Chimombo village on the edge of Ntandire township in Lilongwe. That is what they can afford since Ruth was divorced for her acquired disability.

On the night of September 9th last year, she had premature labor. She traveled around midnight from Lilongwe’s Area 36 to the maternity clinic only to be told the two nurses on duty could not handle her complication. She needed to return the following day to meet senior nurse-midwives.

Meanwhile, her situation graduated from bad to worse resulting in the loss of her baby.

“The two nurses on duty that night only checked my BP and told me to wait for some time. Two hours went by. Then I was told there was no doctor to attend to my problem. That I had to go back home and come back the following morning for an operation. I was in severe pain. But when I returned, no one seemed to have clue as to how to assist me. I waited six hours from 7 in the morning when a male worker took me to the scanning room. Then only to be told my baby would not survive. I had lost all umbilical fluids. There was no doctor to operate on me. We had to rush to a private clinic where I was operated on. My baby died two days later”, narrates Cathy.

Records show that between eight to 10 maternal deaths occur at Bwaila Maternity each year.

Of course, others within the facility dispute this. They believe daily mortality is higher.

This facility was meant to service a population of about two hundred thousand people from within Lilongwe City but the reality is that it has turned into a referral for 11 other health centers of Biwi, Kawale, Area 18, Area 25, Kang’oma, Chitedze, Nathenje, Mbavi, Nguluwentowo, St Kizito, and Chimwala.

The clinic conducts 60 to 70 deliveries on a daily basis. The clinic has 22 beds in the labor ward, two beds in a single room. Such a facility has four medical doctors, 22 clinicians, and 200 nurses. It appears that’s why interns come in handy to help out although they are inexperienced.

With only a single operating table, the facility conducts no less than 15 caesarian sections daily.

The spokesperson for the Lilongwe District Health office, Richard Mvula, acknowledges the challenges.

“Yes we are experiencing a lot of complications in the labour ward, you know sometimes what they learn in school is totally different from what they find on the ground, we only have one operating table, this is a challenge, we receive a lot of emergencies but we cannon handle them”

But some of the nurses we have spoken to say they are too few to handle the magnitude of work at the facility. And even more, there is no motivation for the job she describes as delicate. We concealed her identity to protect her.

“On average we have 60 deliveries daily. Normally, we should have 12 midwives per day but we have seven. Each admission room should have a midwife. That’s not the case. One midwife monitors two to three rooms. To make matters worse, we are not motivated to work…. Normally, there should be two doctors but there is one in the labor ward. He is also responsible for other wards. This is a big challenge. Mothers and children are indeed dying every day. We are just not able to cope. The labor ward has 150 expectant mothers daily. That against two midwives. This is a big challenge”

President of the Nurses and Midwives Council of Malawi, Shouts Simeza, blames the scenario on poor health systems that are failing to create a conducive environment for intern nurses-midwives.

Simeza acknowledges the need for student nurses and midwives to have hands-on experience aside from their classroom exploits but says Continuous Professional Development and intensive mentorship should be a must when deploying health personnel to work in various health facilities.

“This is a national problem, our health system does not promote continuous professional development for our graduating nurses and midwives to gain much-needed experience. What they get from college is theory knowledge but they are required to be under supervision for a number of months to learn how to translate the theoretical knowledge into reality”.

The Nurses and Midwives Council, however, says it has not registered complaints from the women

Our findings also show that Hospital Ombudsman offices appear to have been compromised such that complainants still opt to lodge complaints with the office of the National Ombudsman.

Health rights activists, Maziko Matemba and George Jobe have demanded that government should come in and address existent challenges to save the lives of mothers and unborn babies.

“This is pathetic, Malawi got its independence some 55 years ago, you mean until now, we should be struggling with maternal deaths? What’s wrong with our systems, why entrusting nursing students in complicated matters? This is negligence and action is needed now to discipline those responsible, an apology is nothing to the victims”.

Ministry of Health spokesperson Joshua Malango acknowledges that Bwaila hospital is facing serious challenges but said they will be addressed soon.

“Yes the ministry is aware that Bwaila hospital is facing a lot of challenges, we are aware that the facility has one operating table for caesarian sections, but as a ministry, we have contacted organizations to help us and we hope things will improve especially in the maternity ward”

Bwaila Maternity Clinic is located in the heart of Lilongwe, Malawi’s capital city.

The state of affairs at this facility gives a grim picture of what could be happening in public health facilities in remote parts of the country. If nearer is dearer, we fear the worst for rural public clinics

“All I wanted was to know what went wrong with my wife who stayed close to a month in the hospital. Why did they fail to save my wife and the baby? An apology was nothing to me and it is nothing to me. Is this what government has instructed them to do? Why did the hospital allow inexperienced nurses to handle such a complicated matter? I want answers!” Chijaza demands.