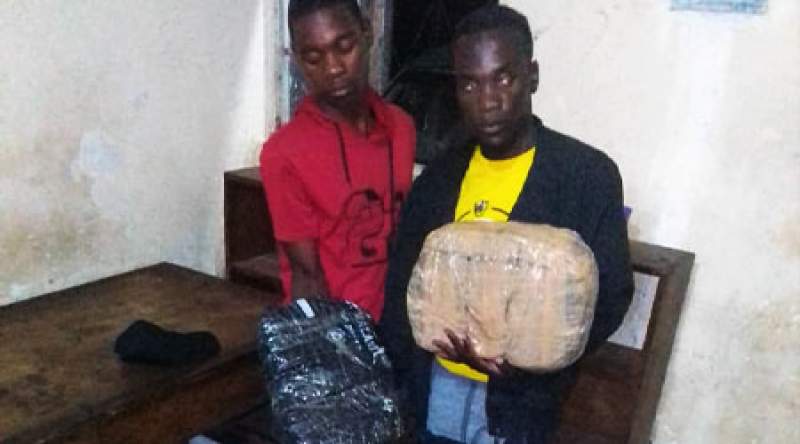 The suspects will appear in court soon - pic by Blessings Kang'ombe

The two have been identified as 27-year-old, Davie Elijah and 21-year-old, Junior Saona.

"On Sunday evening, while searching a minibus, our officers at Sharpevalle roadblock discovered different travelling bags containing Indian hemp; hence, leading to the arrest of the two and seizure of the bags," she said.

Elijah and Saona hail from Blantyre and Mulanje respectively.

They will appear in court soon to answer charges of being found in possession of Indian hemp and contravene Regulations 19(1) of Dangerous Drug Act.