Chakwera Markets Malawi to US Investors 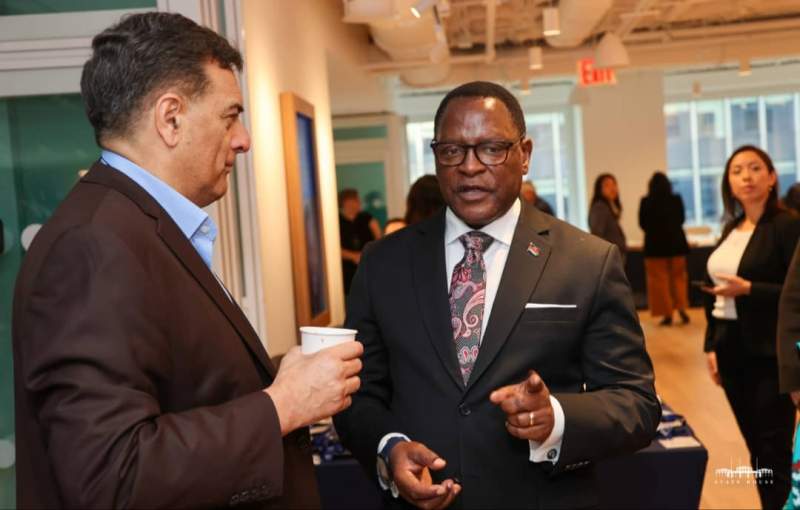 President of the Republic of Malawi Dr. Lazarus Chakwera has touted Malawi as the best destination for agricultural investment.

The President was addressing the Nuveen Agricultural Investors at the Business Council for International Understanding (BCIU) in New York, USA. Nuveen is an American asset manager responsible for 1.2 trillion dollars worth of assets under the parentage of TIAA.

In his address to these investors, President Chakwera said that expecting Ukraine, which is at war with Russia, to be the world's food basket, was an indictment of the world's failure to leverage Africa’s potential to be the major food producer.

He therefore challenged the gathering to consider investing in Africa because of its vast land and fresh water resources.

“And in that regard, I invite you to start with Malawi, home to one of the largest fresh water lakes in the world,” said Chakwera.

“Let’s make this dream a reality so that when the kind of nightmares we are seeing unfold in Eastern Europe happen, we are not all left at the mercy of aggressors. Let’s create the world’s greatest food reserve in Malawi together,” he added.

The President also assured the potential investors of his government’s commitment to ease the processes of setting up business operations in Malawi.

“Another thing we are reorganizing is the public sector to cut out the red tape, corruption, and bureaucracy that has made doing business difficult in the past,” he said.

President Chakwera said his administration had embarked on a diversification campaign to create a runway for investors to partner with local farmers in the creation of mega farms.

“To facilitate this, we have given the Malawi Investment Trade Centre the mandate to make available vast swathes of arable land, which when combined with our commanding stewardship of large volumes of fresh water makes Malawi the perfect platform for an agricultural revolution that will form the basis of a new era of economic prosperity.

“We are also making investments in infrastructural development, particularly in the transport sector, to modernize the roads and rehabilitate the railway system in readiness for the cross-border movement of the agricultural commodities this revolution will produce,” he said.

President Chakwera is in the United States of America to, among other things, address the United Nations General Assembly on September 22, 2022, held under the theme “A WATERSHED MOMENT: Transformative Solutions to Interlocking Challenges.”