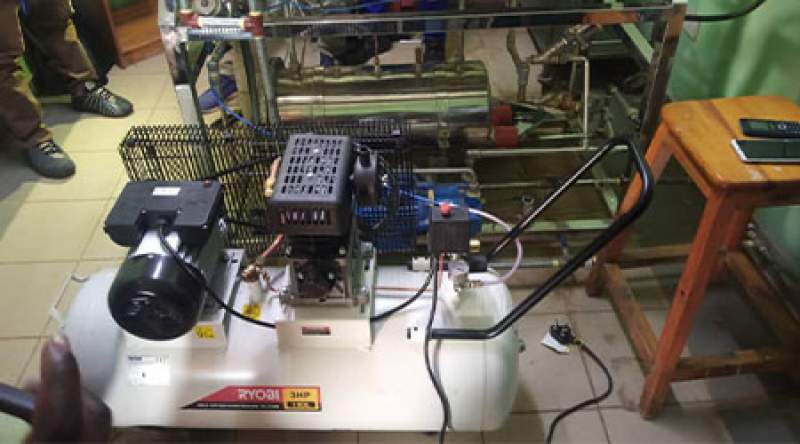 The malfunctioning sterilizer at Bwaila Hospital - Pic by Zuleika Nanguwo

A meeting of high emotions it was! One clinician nearly shed a tear when she implied that the ministry of health lied to the nation yesterday by releasing a statement to the effect the problem had been rectified when it was not.

“I wish you were here to see how the situation was,” she told the minister, "Yet you were saying the problem had been corrected."

Deputy Minister of Health Enoch Phale this morning engaged workers at Bwaila Hospital in Lilongwe which has been hit hard by a lack of resources, the most recent being sterilizers.

The situation got worse yesterday as patients were referred to Kamuzu Central Hospital because Bwaila had no sterilized equipment, says Lilongwe District Medical Officer Dr Thokozani Liwewe, the problem was due to electricity failure at Blessings Private Hospital whose sterilizer machine they have been using.

Dr Liwewe says Bwaila Hospital will in the meantime continue using sterilizers from nearby hospitals until its two malfunctioning ones are brought back to use.

Phale told the meeting his ministry will address the problem at the hospital as the government is purchasing 20 sterilizers to distribute in hospitals across the country.

He, however, said there is a lack of communication among health workers at the hospital, their management, and the ministry, saying some of the equipment nurses complained of not having yesterday was available at the pharmacy.