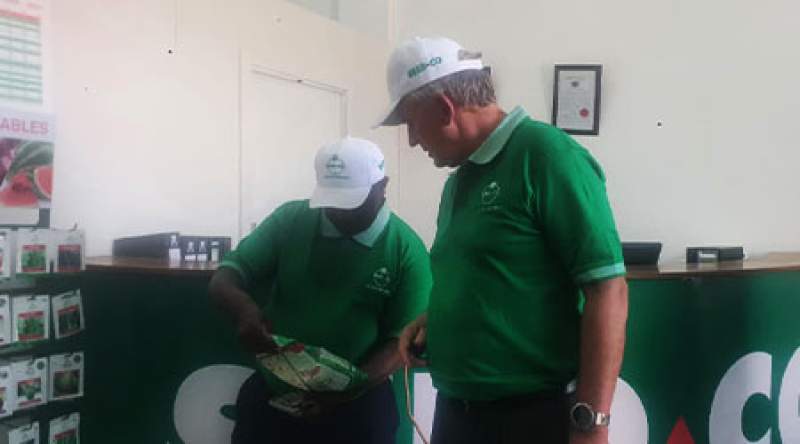 Seed manufacturers and distributors SEED-Co Malawi has shortened the distance farmers cover to access seeds through a new shop around Old Town in the capital Lilongwe away from its offices at Kanengo.

The company's commercial director Gift Kawamba hopes this will save farmers from unscrupulous agro-dealers that dupe them with fake seed on local markets every planting season.

“Issues of fake seed are very common…. It's a big concern to us as a company to see farmers getting duped with seed that is fake, which will not help them at all,” said Kawamba.

He added that the past four years the issue of fake seed has been a big concern with over 60 complaints recorded on average each growing season from farmers.

Besides addressing the issue of fake seed, the company is optimistic opening a shop away from its offices will increase confidence in the farmers when buying the seed and accord them access to expert advice on agronomy to maximize production.

A farmer from Likuni in the district, 35-year-old Joseph Mkwichi recalled how he was duped by an unscrupulous dealer.

“Last year I bought fake seed in town. Most of that seed failed to germinate and I made a big loss. I failed to pin down the person who sold me that fake seed because I thought I was going to waste my time since I was busy with farming,” said Mkwichi adding that opening a shop will now increase trust on the seed when buying.

Lilongwe City Mayor Councilor Richard Banda used the occasion for commissioning of the seed-shop urging the youth to take interest in agribusiness to grow their finances and contribute to the country's development.