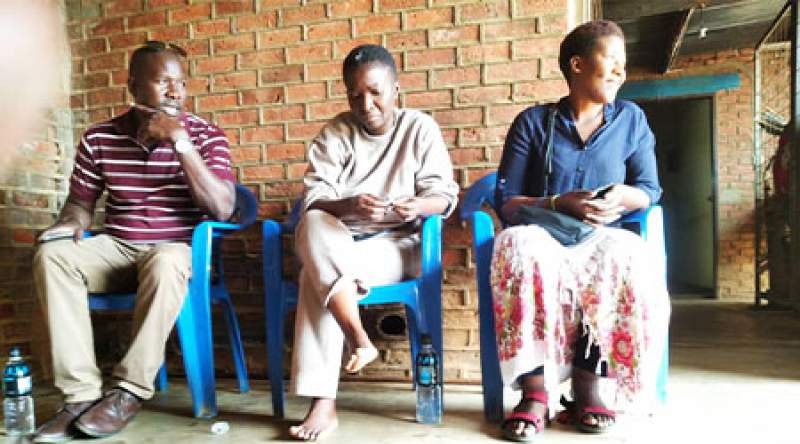 Different stakeholders have condemned the action by the police to arrest Anti-Corruption Bureau (ACB) Director General Martha Chizuma, saying it raises eyebrows considering the timing the arrest has been made.

She has recently effected high profile arrests involving senior government officials, including Vice President Saulos Chilima and a of number of government ministers allegedly involved in corruption in the country.

Legal expert Justine Kuzamba Dzonzi told Zodiak Online the arrest is “an attempt by powerful people”, to frustrate the fight against corruption.

Said Dzonzi, “This is the most tragic moment for Malawi and I hope we will have the courage to hold together beyond this.

“One thing comes very clear that there are very powerful people behind this who are trying hard to prevent the arm of [the] law from reaching them, and they will not stop at anything.”

Malawi Law Society President Patrick Mpaka concurs with Dzonzi. He told us the arrest is unfortunate and demonstrates a lack of coordination in the fight against corruption between the authorities.

“This is total chaos and it only shows that there is a lack of coordination by the state and that can only best serve the criminal elements,” said Mpaka.

There has also been concern over the manner in which the ACB Director General was arrested, amid reports that her residence was raided at dawn and was not allowed to properly dress up such that she was picked while putting on a night dress.

This has riled gender activist Babra Banda, the chairperson for the NGO Gender Coordination Network. She says coming amid the 16 Days of Activism Against Gender Based Violence (GBV) campaign, the arrest is a shame.

“You go to someone at 4 a.m. and don’t allow them to dress properly, this is a serious intimidation and the timing is bad. We are questioning so many things,” Banda said.

However, National Police Spokesperson Peter Kalaya has dismissed the assertions that Chizuma was picked in a night dress.

“Our officers are very professional, there is no way such a thing could have happened. There were many officers there and they can attest to this,” said Kalaya.

On our visit to Namitete Police Station, on the outskirts of Lilongwe City, we found Chizuma in her nightdress and barefooted. She looked distressed.

Meanwhile, the police have charged Chizuma with uttering a speech culpable of prejudicing against a party in judicial proceedings.

Kalaya says the arrest follows a complaint lodged by DPP Dr Steve Kayuni that he was injured by Chizuma’s remarks in a leaked audio.

In the leaked telephone conversation, Chizuma was heard discussing issues about her work with a man not employed in the ACB.

She has since been released on police bail, according to her lawyer Martha Kaukonde.

This however contradicts what Minister of Justice Titus Mvalo told parliament that Chizuma was released unconditionally.

The National Anti-Corruption Alliance has also reacted to Chizuma’s arrest, calling on the authorities to ensure her safety and rights are upheld.