Three Sentenced to 7 Years IHL For Robbery In Lilongwe 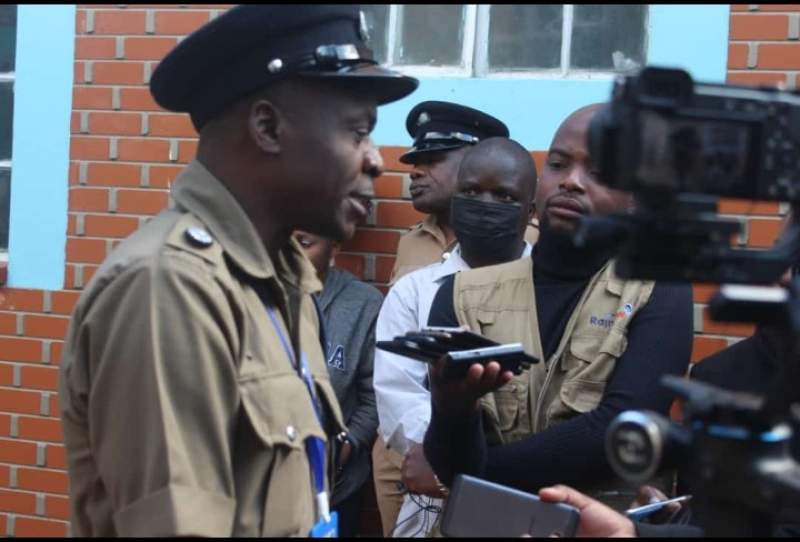 The Mapuyu Second Grade Magistrate court in Lilongwe, has convicted and sentenced three men to 7 years imprisonment with hard labour for the offence of robbery.

According to Lilongwe Police Relations Officer, Hastings Chigalu, Police through state prosecutor Steve Galleta, heard that on October 31, 2022 the convicts, Austin Josamu, 31, Masawu Banda, 26, Matias Phiri, 29, and three others who are still at large went to Katchuta Farm in the district, where they stole property worth K5,849,250.

“Galleta continued to tell the court that the six, tied the watchmen before breaking into the warehouse and stole 15 goats, 105 live chickens, 10 bags of rice and maize, 12 bags of fertiliser and other assorted items.

“They transported the items in four trips using a hired minibus to Lilongwe City where they sold,” chigalu explained.

Chigalu further said Galleta told the court that only K509, 000 worth of items were recovered.

In court, the convicts pleaded not guilty to the charge of robbery, a development that forced the state to parade six witnesses to prove the case.

The state asked the court to give the convicts a hefty punishment citing they planned the robbery, benefited from it, and that the actions caused trauma to both, the watchmen and the owner of the stolen property.

But in mitigation, the convicts prayed for leniency to the court when passing its sentence saying they are of the youthful age.

They also extended an apology to the owner of the farm for the robbery, and asked for forgiveness.

Passing the sentence, Second Grade Magistrate Lily Munyenyembe quashed the mitigating factors saying that the convicts's behavior poses a danger to the society.

Munyenyembe also observed that cases of similar nature are rampant in Lilongwe, and capable of driving away potential investors.

Munyenyembe then went on to slap the convicts with seven years imprisonment with hard labour to serve as a deterrent to would be offenders.