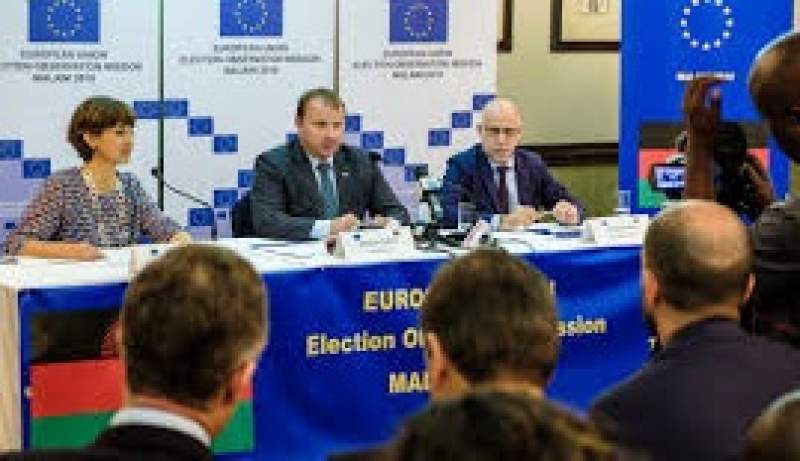 The European Union Elections Observers Mission (EU-EOM) has bowed down to warnings from Malawi opposition parties and other stakeholders to refrain from presenting its report on the May 21 elections.

The EU-EOM which landed in the country on Wednesday says will present the report after the Malawi Constitutional Courts passes its verdict on the elections case.

“Like the observation in the country between 4 April and 16 June 2019, the visit aims to be a positive contribution to ongoing process, notably through a set of recommendations in view of possible reinforcement of electoral processes in the country.

“During his time in the country, the Chief Observer is committed to further his understanding, and will seek to engage with a broad range of stakeholders.

“The report will neither be shared nor published until after the court decision on the elections. What counts at this time is that all actors remain calm and respect the ongoing legal process before the High Court,” reads a statement from the EU.

Two opposition parties, Malawi Congress Party and UTM and Malawi Law Society warned the EU not to release or share the report on grounds that the presidential elections results are being disputed in court.

Leaders of the two parties, Lazarus Chakwera and Saulos Chilima respectively are challenging the results, calling on the court to nullify them and order for a rerun.