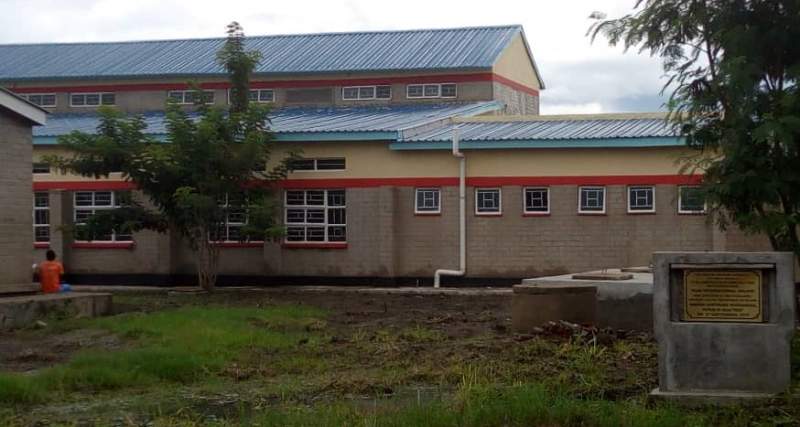 The hostel project is to be completed - pic by Hastings Jimani

Construction of a girls’ hostel at Khwalala Community Day Secondary School in Mulanje that started in 2015 is yet to complete, three years after its completion deadline.

The hostel is being constructed by Plan International Malawi and the foundation stone was laid by Madame Gertrude Mutharika, patron of Beautify Malawi (BEAM) on 2nd September, 2015.

One of the parents from the community, Mathews Gawani, said initially, construction of the hostel was to complete within a year.

“Some girls from far places are worried with the delay,” said Gawani.

Plan International Malawi Mulanje Area Program Manager, Dan Kapatuka, whose organization is constructing the facility, conceded that the project has passed duration of its completion.

“We faced several challenges, one of them being low community participation and secondly change of contractors but we are optimistic that the facility will be fully completed by the end of this month,” said Kapatuka.

According to Kapatuka, about K100 million has been pumped in the project.