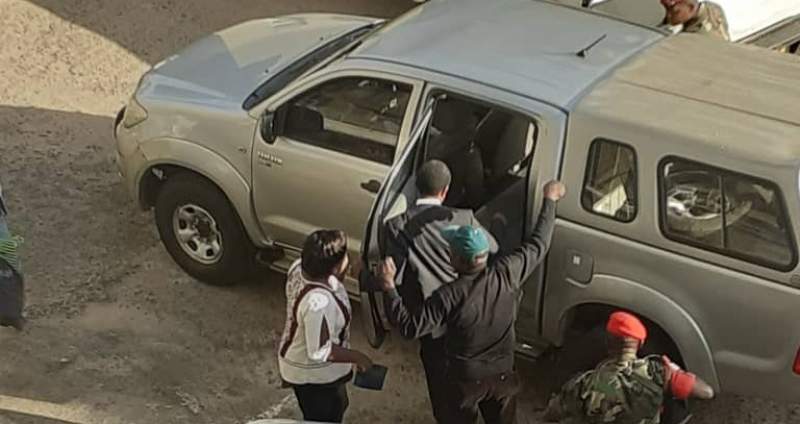 Judge Dorothy Nyakaunda has called for an inter-parte hearing after reviewing the file from Zomba Magistrate’s Court where magistrate Benedicto Chitsakamire quashed a warrant of arrest of business mogul, Dr. Thomson Mpinganjira, in the alleged judge shopping case.

High Court Registrar, Agnes Patemba, says the court has invited lawyers from the Anti-Corruption Bureau (ACB) who obtained the warrant of arrest and their counterparts representing Dr. Mpinganjira to appear before today [Monday] afternoon.

“After going through the file, the judge has directed that lawyers from both sides, that’s the ACB and Ritz Attorneys who made an application to a lower court, to appear before her to address her some of the issues before she gives further direction.

“We communicated to the lawyers that they should appear before the court in chambers this afternoon. After the hearing at 2 o’clock, we will get some developments as to when she might give her order in this matter,” she said.

Patemba further clarified why the case has been delayed, saying “the judge who was handling the matter was also equally an important case; a case of Masambuka; a case which has also attracted public attention. She has been looking into the file the whole weekend and that she needs clarification from both parties.”

The ACB arrested Dr. Mpinganjira on Wednesday last week on allegations that he is connected to the allegations that some people attempted to bribe judges who are hearing the elections case.

He was expected to appear before court on Thursday to be formally charged and apply for bail but Zomba magistrate, Chitsakamire, quashed the arrest Wednesday midnight, consequently setting the suspect free.

The ACB is now seeking a review from the high court on legality of the quashing of the warrant by a lower court.