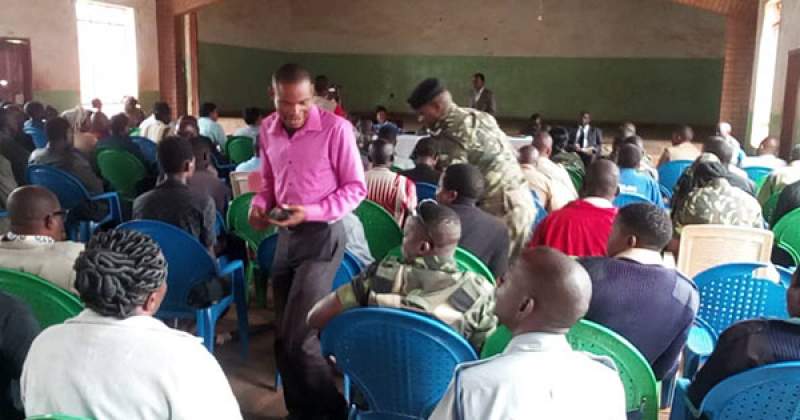 People of Msundwe and surrounding areas have made a pact with the Malawi Police Service to end their differences, of course with a call for the police to be professional.

The people made the call on Tuesday in Namitete in Lilongwe during an engagement meeting meant to find a lasting solution to bloody differences that emerged linked to the disputed presidential election of May 21, 2019.

The relationship between the two sides hit the lowest in October last year when the police raided Msundwe, Mpingu and M'bwatalika to investigate the death of one of their own, Superintendent Usuman Imedi who was stoned to death at Msundwe.

During the raid, the police on duty allegedly committed offences too including rape, defilement, theft and others.

In light of the sour relationship from the areas in question, the police have been holding a series of engagements to strike a truce with the communities.

In a meeting highly patronized by chiefs and representatives of youths, spokesperson for Msundwe youths, George Kaunda, demanded that police clean their house.

“But we should also ask you to be professional. Some policemen are provocative in the way they carry their duties, especially by using excessive force,” Kaunda said.

Central Region acting commissioner of police, Evalista Chisale, expressed happiness that the two sides are now able to discuss and that eventually, the police will, once again, be able to operate in Msundwe without fear of further friction.

“Msundwe was one place we could not go to. We could not even use the Lilongwe-Mchinji road because of the differences. But now after a series of meetings, we are able to work with them.

“They are assisting us in crime prevention and on a number of occasions, they have arrested and brought law breakers to us. We are hopeful that the relationship will be long lasting,” Chisale said.

Conflict Resolution Committee chairperson for Lilongwe district Alex Chapondera echoed the need for professional police conduct, and urged Malawians to have a positive mind towards politics.

“Of course the people have made their call for equal treatment. We have advised them to forget the past and move forward. We told them that we all have one home, and that is Malawi,” he said.

The sour relations with the police resulted in looting and torching of police units at M’bwatalika, Msundwe and Mpingu along Lilongwe-Mchinji road.