Dr. Mpinganjira Back In The Cooler: Zomba Mid-Night Order Illegal-Judge 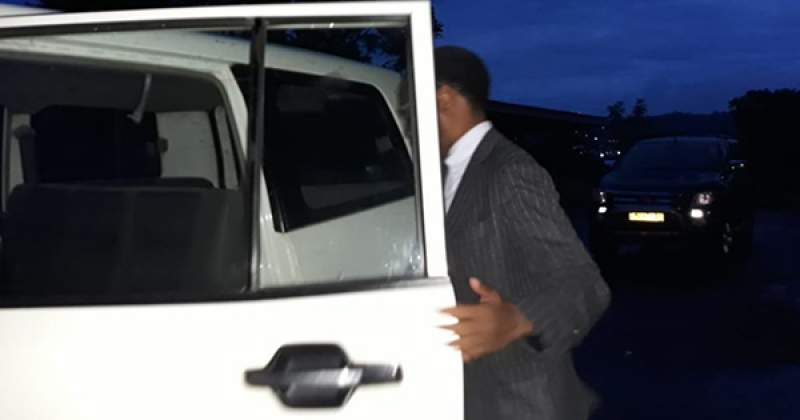 Mpinganjira: Back at Blantyre Police Station pic by Happy Njalammano

FDH Holdings Group board chairperson, Dr. Thomson Mpinganjira is back at Blantyre Police Station under the custody of the Anti-Corruption Bureau after High Court judge Dorothy Nyakaunda Kamanga today invalidated a mid-night Zomba magistrate court order quashing an arrest warrant by another magistrate in Lilongwe.

The effect of the development in the High Court in Blantyre today is that the order by the Lilongwe resident magistrate is restored and Dr. Mpinganjira is under arrest.

“The judge says the order from Zomba was illegal. Lawyers for Mpinganjira were not supposed to go to Zomba to seek that order in the first place. They followed a wrong procedure.

“Even the magistrate himself was not supposed to hear the application by the lawyers for Mpinganjira in the first place. It was all wrong and illegal. The magistrate did not have powers to quash the order of the Lilongwe magistrate,” ACB Director General Reyneck Matemba told Zodiak Online outside the court later.

Matemba said the meaning of the High Court ruling is that the Zomba mid-night magistrate’s order was invalid such that the original order was still valid.

“We will be going to court tomorrow (Wednesday) to formerly charge Dr. Mpinganjira. And he will be given a chance to apply for bail. At ACB we don’t object to bail. We simply want assurances that a suspect will be available for trial,” he said.

Further in her ruling, judge Nyakaunda Kamanga has ordered that lawyer Lusungu Gondwe, who obtained the illegal mid-night Zomba magistrate order, should no longer represent Dr. Mpinganjira in present matter ‘because of conduct displayed’.

Over and above this, judge Nyakaunda Kamanga has asked the Malawi Laws Society to investigate the conduct of lawyer Gondwe.

Judge Kamanga’s court has also directed that the personal file of Zomba magistrate in question be sent to the Judicial Service Commission for review.

The judiciary has come under heavy public criticism after the incident which many law experts also despised and likened to judge shopping.