Malawi Election: What the Annulment Means For Democracy across Africa 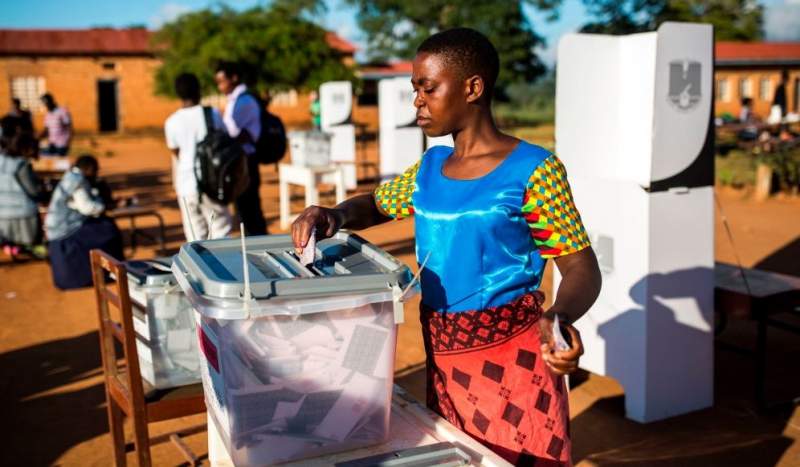 The May 21, 2019 presidential election has been nullified - pic courtesy of bbc

Opposition supporters in Malawi have been celebrating after a panel of five top judges annulled the results of last May's presidential election.

Many of them said this was a victory for democracy after the two main losing candidates argued in court that there had been irregularities in the vote that saw President Peter Mutharika narrowly elected for a second term.

He was declared the winner with 38.6% of the vote. That was just under 159,000 more votes than his nearest rival, Lazarus Chakwera.

The vote will now have to be re-run within the next five months.

But it is set to take place under different rules.

What did the judges say?

Firstly, it is worth noting that the judges did not rule that the election was stolen.

They simply said the evidence of rigging was so widespread and blatant that "the integrity of the result was severely compromised".

It is an important distinction.

In essence, the judges argued that Malawians deserve, and should expect, an A- grade election - not perfect, perhaps (who can boast that?) but free of systemic abuse. They should not have to make do with the more familiar C+ election that some nations and institutions still seem to tolerate or encourage.

In so doing, they sent a signal that the supposedly neutral bureaucrats in charge of organising such flawed elections should be thrown out. They also implied that a slap on the wrist was not enough, and that Malawi's precious democratic institutions needed to be properly defended.

This was an important blow against a widespread culture of impunity.

Thirdly, the judges said the current first-past-the-post system of picking a new president was unconstitutional.

In future, they said, the winner needed to gain more than 50% of the vote, which could mean a second-round run-off.

That could have dramatic political implications for Malawi and is, above all, sure to encourage opposition candidates and parties to enter into strategic coalitions, giving them an unanticipated boost.

Fundamentally, the court ruling weakens the power of incumbency - a power that is often stronger, and more open to abuse, in relatively young democracies.

Why is it such a big deal?

The judges could easily have played this one safe.

They could have succumbed to intimidation or self-censorship. They could have concluded that there was serious electoral fraud, but no proof that it actually changed the results, therefore no need for drastic measures.

They could have given the electoral commission the benefit of the doubt.

Instead, Malawi's highest court seized this opportunity not only to shake up their country's political and electoral infrastructure, but to send a message of judicial strength and independence to other African countries still wrestling with the shift from one-party rule to true multi-party democracy.

Just think how different Zimbabwe's or the Democratic Republic of Congo's recent elections might have been if their courts had simply refused to tolerate a second-rate process.

It is easy to exaggerate the importance of this ruling.

An election re-run in Malawi will hardly strike terror into the hearts of Africa's more authoritarian administrations. It could even provoke instability further instability in Malawi itself.

But the ruling does set a useful precedent, and should prompt some soul searching in regional groups like the Southern African Development Community (Sadc), whose election observer missions have often been accused of being indecently quick to give flawed polls the benefit of the doubt.

Sadc has tried to put a positive spin on its role in Malawi, but the whiff of hypocrisy is hard to ignore.

Much hangs on President Mutharika and whether he has the appetite for a fight.

He could seek to appeal against the decision.

He could shrug off the devastating implication of the court's ruling - that as winners of a flawed election, he and his party are now prime suspects in terms of orchestrating any rigging - and seek to run for the presidency again in a few months' time.

Or he could bow out and either fade into retirement or seek to influence events from behind the scenes.

Malawi now has under five months to organise and fund new elections, change its electoral law, overhaul its electoral commission, and maintain public order at a time of heightened political tensions.

That is a tall order for any country. There is no guarantee that one sharp judicial intervention will necessarily nudge Malawi on to the right path.

What does this mean for other African countries?

After years in which democracy appeared to be spreading and taking root across the continent, many observers now see signs of backsliding. This comes as former liberation movements see their support base eroding, and some governments look to "managed democracies" like Russia, or even to China, for inspiration.

In that context, Malawi's annulled election may inspire democracy campaigners and activists in other countries, but it may also prompt more authoritarian governments to seek to clip the wings of independent judges and to limit judicial "meddling" in politics.

And what lessons will opposition parties across the continent draw from Malawi?

Many, with good reason, are now celebrating the success of their counterparts there.

Some may conclude that the route to power lies through legal challenges and sustained, and sometimes violent street protests.

But that would be premature, and perhaps even counterproductive.

The bigger lesson for opposition parties - yet to be fully tested in Malawi, but already apparent from DR Congo and many other countries - is that sustained success requires difficult compromises, patient coalition-building, solid policy platforms, and a willingness to reach beyond narrow ethnic or regional strongholds.