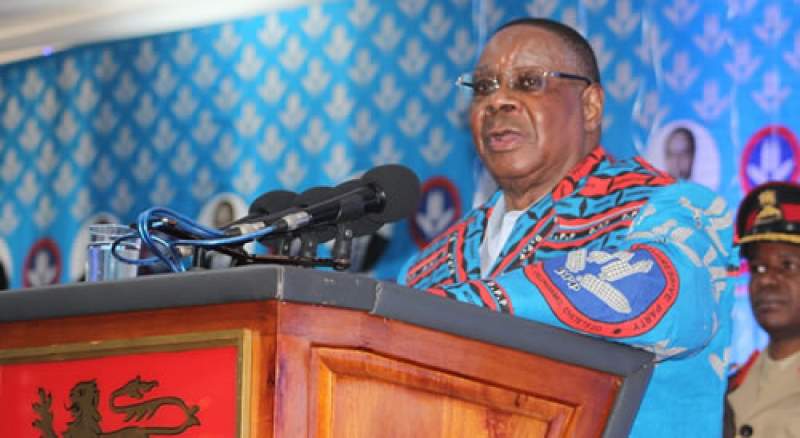 Mutharika during his party's convention ahead of 2019 elections - file photo

President Peter Mutharika has instructed his legal team to file an appeal against a ruling by the high court sitting as a constitutional court that nullified the May 21, 2019 presidential elections on Monday.

He said in a statement aired on a public broadcaster, Malawi Broadcasting Corporation, on Wednesday evening that “my legal team and I have serious reservations with the judgment.

“We consider the judgment as a serious subversion of justice and attack on our democratic system and an attempt to undermine the will of the people.

“In fact, this judgment inaugurates the death of Malawi democracy. As such, it will not stand unchallenged. Consequently, I have instructed my legal team to appeal against the judgment and challenge it,’ he said.

The president, however, said he is not stopping the run-off that the constitutional court ordered following the nullification of the presidential elections.

“In fact, we are ready to campaign and win as we have always done. We appeal to correct the fundamental errors in the judgment to protect our laws, principles from of justice and democracy. We think the judgment has errors that need to be corrected.

“I am delighted that as I have always insisted, the court agrees that there was no rigging in this election. According to the judgment, the court has identified procedural irregularities which do not affect our numbers,” he said.

The court ruled that Mutharika was not duly elected as the country’s president as he did not get a majority vote.

Saulos Chilima, president of UTM and his Malawi Congress Party counterpart, Lazarus Chakwera, challenged the 2019 presidential elections on arguments that it was affected by a plethora of irregularities.

The two contested in the elections and finished third and second respectively.