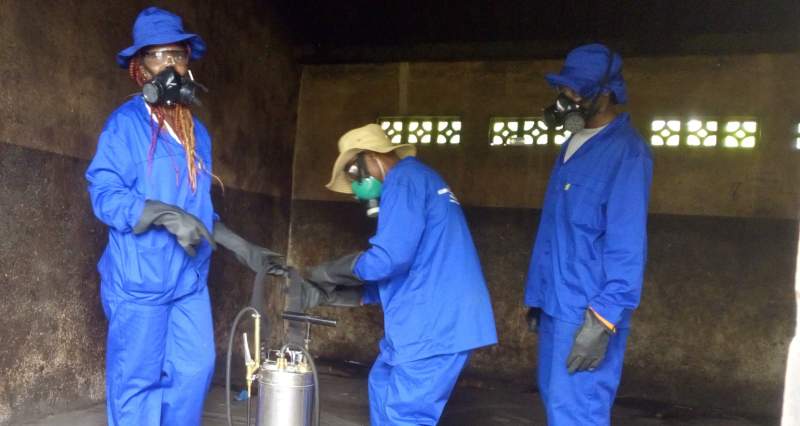 On Thursday, the Company sprayed the chemical in the facility’s wards amid concerns of infestation of pests - pic by Alfred Guta

There are prospects of reduced malaria attacks at Chiradzulu hospital following the spraying of terminator chemical by AHL Group which controls pests including mosquitoes, bed bugs and cockroaches.

On Thursday, the Company sprayed the chemical in the facility’s wards amid concerns of infestation of pests.

“With guidance from AHL Group, we engage in corporate social responsibility across Malawi. We got feedback through our Blantyre office that the facility is struggling with bed bugs and mosquito infestation and so we thought we should come in to help in controlling the pests.

“We have a new product on the market, terminator which we sprayed and demonstrated how they can be spraying the chemical,” said Madeira.

He said the new chemical is effective saying it works for six months.

He admitted that the hospital is not spared from bed bugs, mosquitos and cockroaches infestation.

“Malaria has affected a lot of Malawians and Chiradzulu is no exception. Much as bed bugs may not cause a disease scientifically proven, they cause allergic skin reactions such as skin lashes, sleepless nights and economic and psychological impact,” he said.