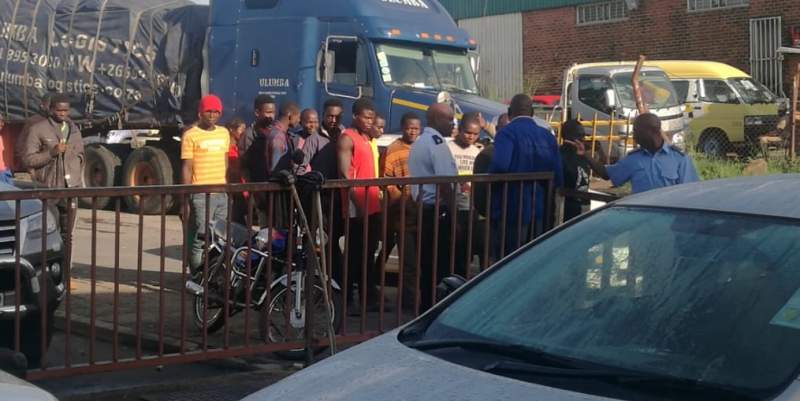 The deportees at the border - pic by Pasqually Zulu

Immigration authorities in Mozambique have deported 21 men and 2 women for being found in a cargo van en route to South Africa, contrary to the laws there and arrived through Mwanza border over the weekend.

Mwanza border immigration spokesperson, Pasqually Zulu, says the 23 were locked for a week before the deportation.

Zulu says most of these were from Mangochi a d Machinga districts.

"Some of these have no any travelling document despite the department of immigration and citizenship services taking services closer to them," says Zulu.

They were arrested in Chimoio, Beira province.