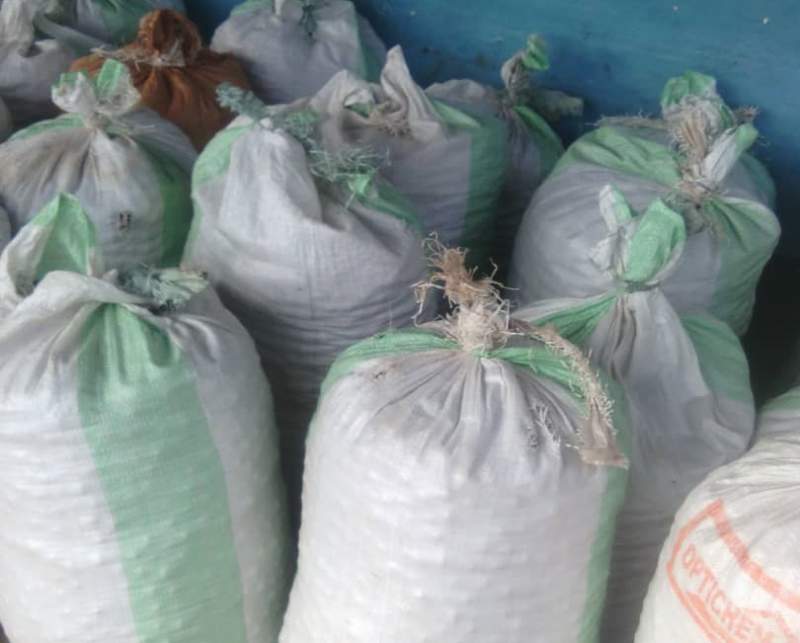 The recovered bags of macademia nuts - pic by Amos Tione

Police in Thyolo have recovered 24 bags of macadamia nuts each weighing 50 kilograms suspected to have been stolen from Nchima Estate Company.

Thyolo police spokesperson, Sub-Inspector Amos Tione, told us that police received a tip that Jeffrey Tebulo was keeping macadamia nuts in the house and he was arrested.

The police PRO said the 24 bags are valued at K25 million.

“We have charged him with theft contrary to Section 278 of the Penal Code and will appear in court soon to answer the charge,” said Tione.

Police has since commended the public for their timely information which led to the arrest of the suspect and recovery of macadamia nuts.