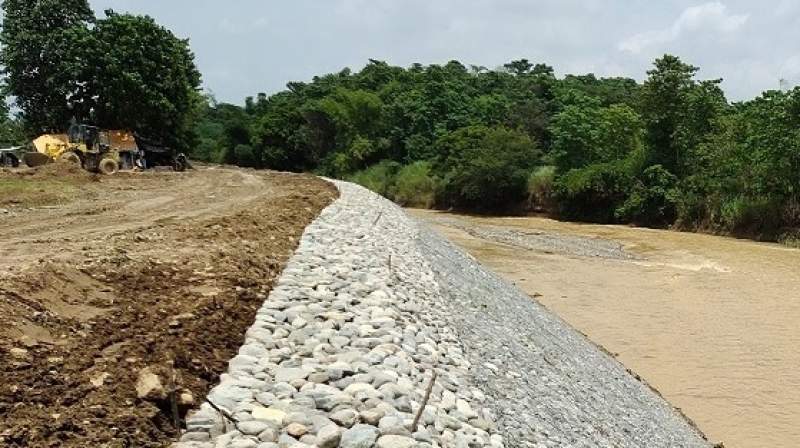 Communities living in some flood prone areas in Phalombe have asked government to rehabilitate a dyke along the Phalombe River to curb persistent swelling of the river yearly.

Speaking to Zodiak Online Sunday, Ward Councilor for Khongoloni, Austin Kaponde, said rehabilitating the dyke with strong building materials can greatly alleviate the suffering of people in the area of Jenala in the district.

According to Kaponde, people are losing livestock and crops yearly because of floods that can easily be contained through refurbishment of the dyke in the area.

“The only remedy to curb perennial challenges caused by flooding in our area is to rehabilitate the dyke along Phalombe River,” said Kaponde.

He observed that resources that government and development partners channel towards distribution of relief items during flooding can be used for other development initiatives.

Kaponde made the observation during the distribution of non-food items by Malawi Red Cross Society (MRCS) to flood victims at Mileme in the area of Traditional Authority Jenala in Phalombe.

Speaking to Zodiak Online, Operations Manager for Malawi Red Cross Society, Fedson Chikuse said the organization has lined up a number of recovery programs aiming at empowering flood victims to be resilient once disasters hit.

Chikuse disclosed that the organization will among other things start distribution of goats to flood victims.