Construction of the New Chingoli Primary School at Snail’s Pace 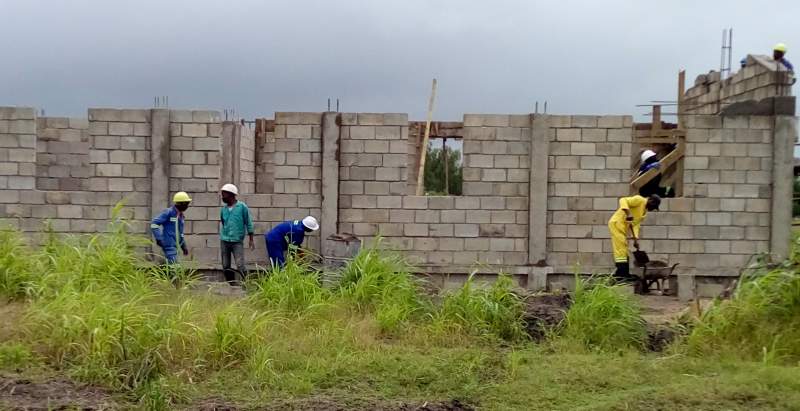 Meanwhile a new contractor, GIMTEC Construction Company has been hired for the work - pic by Hastings Jimani

Construction of the new Chingoli Primary School in Mulanje is at snail’s pace with school authorities saying students are dangerously learning in damaged classes at the old school.

The old school, according to head teacher Charles Chirombo, was damaged by floods in 2015 and in response the World Bank through Malawi Floods and Emergency Recovery Program (MFERP) pledged to construct a new school away from the floods prone area.

Five years down the line, only two school blocks, head teacher’s house and an administration block have been constructed.

“While standard seven and eight students are learning in newly built classrooms, standard one to six students continue learning in old classrooms that already developed cracks posing danger to their lives,” said Chiromo.

He said construction works started late than expected coupled with change of contractors which he said have contributed to project delay.

Meanwhile a new contractor, GIMTEC Construction Company has been hired for the work.

“Despite the area being water logged, the design itself speaks volumes that the structures will be strong and we are working around the clock to meet completion deadline,” said GIMTEC foreman Kingsley Kachere.