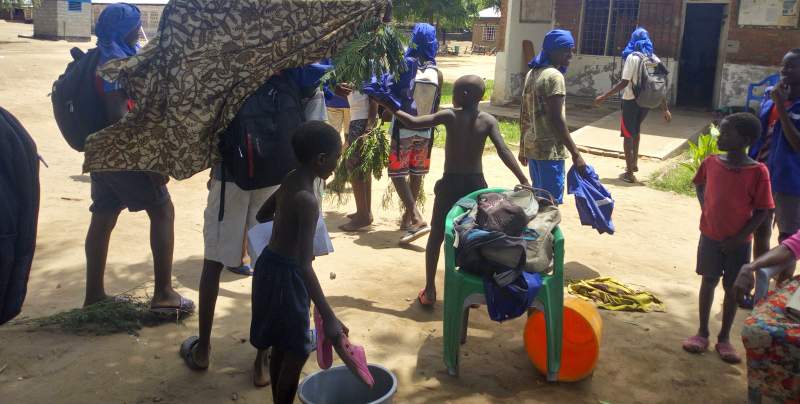 Some learners were hospitalized in the process - pic by Christopher Sande

Two standard one learners have been admitted at St. Montfort hospital and several others are enduring the stings in homes after a swarm of bees attacked the learners at St. Mathew’s Primary School in Chikwawa on Tuesday morning.

Mothers of the admitted children, Mami Wasi and Irene Efelemu from Sekeni Village in Lundu area have asked authorities to urgently eliminate the bees that have been staying in one of the trees around the school.

It is believed that the bees originated from one of the natural trees within the school, biting learners and teachers in the process.

"I was at the ADMARC buying maize when I was called that my daughter has been admitted at the hospital," said Efelemu.

As visited the hospital to see the children, disagreements erupted between the parents and school authorities on who will pay for the hospital bills, being the mission facility.