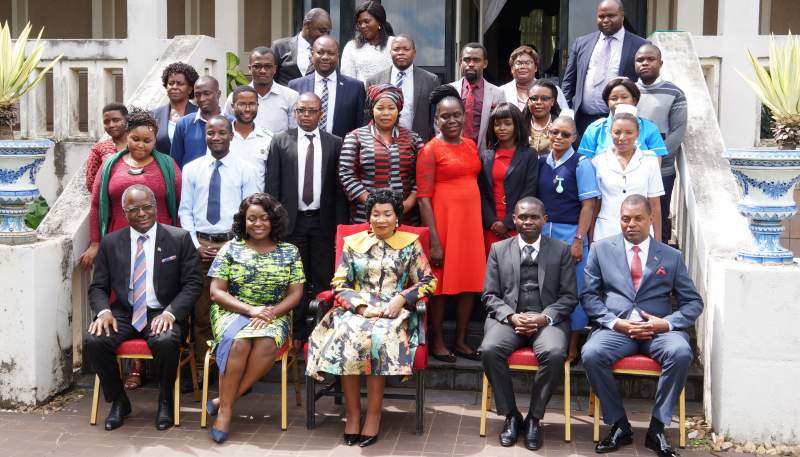 The MERCK Foundation has awarded 15 scholarships to health workers from various facilities across the country to advance their professional work in India.

The Foundation has also awarded three journalists for their outstanding works on infertility discrimination.

The Foundation’s chairperson in Malawi, First Lady Gertrude Mutharika, says the scholarships awardees will be a very important tool in service delivery at the cancer center being constructed in the country.

“The timing of the training coincides very well with the construction of the first ever cancer center in Lilongwe which is near completion.

“This means the doctors we are training today will work in support of the national cancer center; timely, saving a lot of lives,” she said.

She said this in Blantyre on Wednesday when she presented the awards at Sanjika Palace in Blantyre.

The First Lady also commended the media for awareness on infertility issues in the country.

She said a lot of issues surrounding the condition that were treated as secrets are now discussed in public because of the awareness by the media.

Principal Secretary in the ministry of health, Dr. Dan Namalika, said the scholarships go in tandem with government’s intervention to fight cancer.

“We developed a National Cancer Strategy which takes care of cancer from prevention to palliative care. The scholarships that we are receiving today will go a long way to meet the needs that are described in the Strategy,” he said.

One of the scholarship awardee, Dr. Taurai Khitinji, and media awardee, Memory Kutengule, commended the Foundation for the recognition, saying they have been motivated and committed to serve better for national development.

Apart from Kutengule, the other two journalists who have been decorated are Grace Khombe of Zodiak Broadcasting Station and Charles Chindongo of Malawi Broadcasting Corporation.